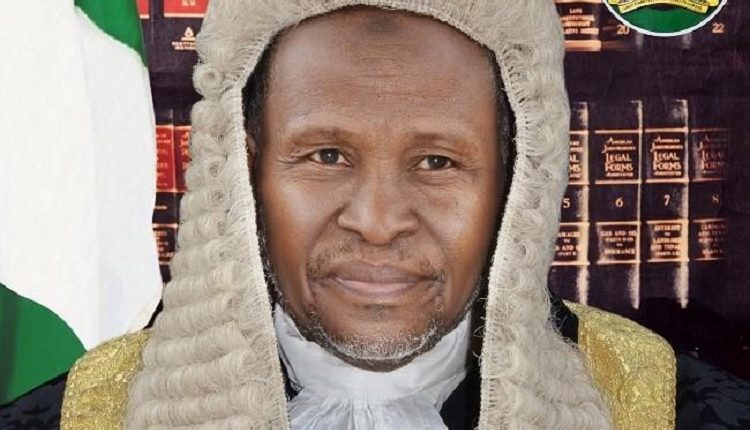 The Chief Justice of Nigeria (CJN), Justice Ibrahim Tanko Muhammad has replied to the allegations of uncaring attitude levelled against him by Justices in the apex Court.

In his letter, the CJN admitted that the Supreme Court like any other establishment in the country has been hit by a devastating economic crunch.

As a result of the economic crunch, the leadership of the court under him could no longer meet some of its obligations to Justices, especially on welfare issues.

He however said that the memo sent to him by the Justices notwithstanding, there is no rift between him and the Justices of the court.

In his words, “Judges in all climes are to be seen and not heard, and that informed why the CJN refrained from joining issues until a letter, said to be personal, is spreading across the length and breadth of the society. The Supreme Court definitely does not exist outside its environment, it is also affected by the economic and socio-political climate prevailing in the country. Besides that, the Apex Court has to a larger extent, been living to its constitutional responsibility”

The Chief Justice assured that more recruitment will be made into the Supreme Court this year.

“One of the CJN’s legal Assistants (now Justice Aina) was appointed to Abuja Federal Capital Territory, High Court last month, while another (Barrister Ramatu) died three months back. Generally the Judiciary is looking up to recruitment of more legal assistance and other supporting staff this year.’’

He said gratuities and allowances were paid to deceased Supreme Justices as 8 Justices were nominated for a workshop in London. Two had travelled for the programme, while others are scheduled to travel in batches.

“Besides, two Supreme Court Justices died within the period under consideration. Both the four retirees and the two departed cost the court some funds in the forms of gratuities and allowances. Two weeks ago, eight Supreme Court Justices were nominated for a workshop in London as the court cannot take all of them there at once otherwise the job would suffer. They would be going in batches,’’ The CJN noted.

The Supreme Court Boss, equally cleared doubts on the issue of accommodation and condition of services at the apex court.

“Accommodations are being gradually provided for the few that are yet to get. There is none of the Apex Court Justices without Special Utility Vehicles, SUVs and backup cars. The amendment of court rules is in the process, it has to be critically reviewed to avoid conflict with the constitution and other extant laws.

The internet services have been restored to Justices’ residences and chambers, just as some allowances have been paid to them. The CJN held a meeting with his brother Justices last Thursday and another one is due to hold this week” Chief Justice Tanko Abdullah explained.

He assured us that there is no hostility or adverse feelings amongst the Justices of the Supreme Court, as everyone is going about his normal duty.