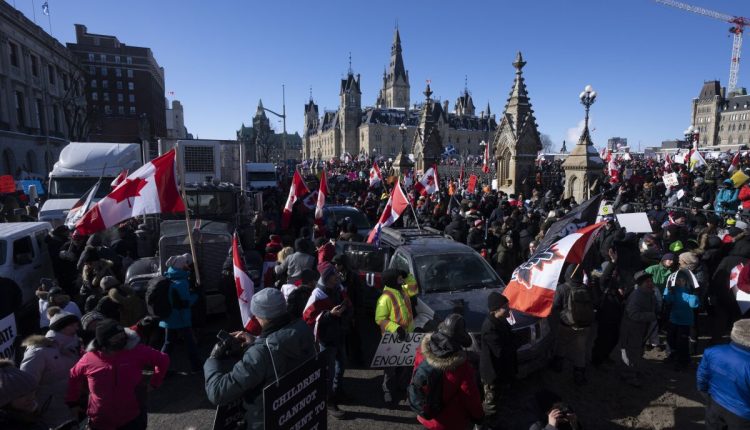 Canadian Prime Minister Justin Trudeau has condemned the suppression of protests against COVID-19 curbs in China saying everyone should be allowed to protest and express themselves.

“We’re going to continue to ensure that China knows we’ll stand up for human rights, we’ll stand with people who are expressing themselves,” he said.

Simmering discontent with stringent COVID prevention policies three years into the pandemic ignited into protests in Chinese cities, in the biggest wave of civil disobedience since Chinese President Xi Jinping took power a decade ago.

China’s foreign ministry said rights and freedoms must be exercised within the framework of the law.

Chinese police were out in force in Beijing and Shanghai on Tuesday to prevent more protests that have disrupted the lives of millions, damaged the economy and briefly sparked rare calls for Xi to step down.

A demonstration also took place outside the Chinese consulate in Toronto on Tuesday, where about 40 people gathered with banners, flags and a loudspeaker, chanting: “Free Tibet! Free China! Free Hong Kong!” and “Xi Jinping! Step down!”

Several people also held up blank white sheets of paper, which have become symbols of defiance in China and a tactic used in part to evade censorship or arrest.

Hugh Yu, who said he participated in the 1989 Tiananmen Square protests and now lives in Canada, helped organize the Toronto protest. He called on Canadians and the Canadian government to speak out against China’s actions.