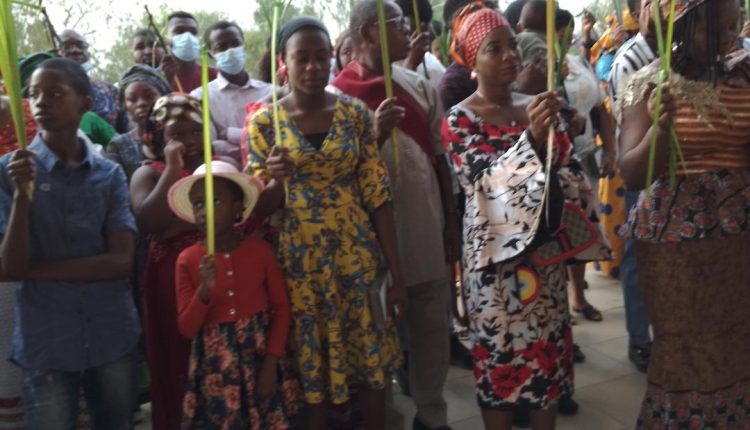 Nigeria Christians joined their counterparts across the globe to celebrate Palm Sunday. This marks Jesus Christ’s triumphant entry to the city of Jerusalem as a King.   They have also been called to be part of the activities culminating into the Holy week and draw closer to the Lord and Saviour, Jesus Christ. 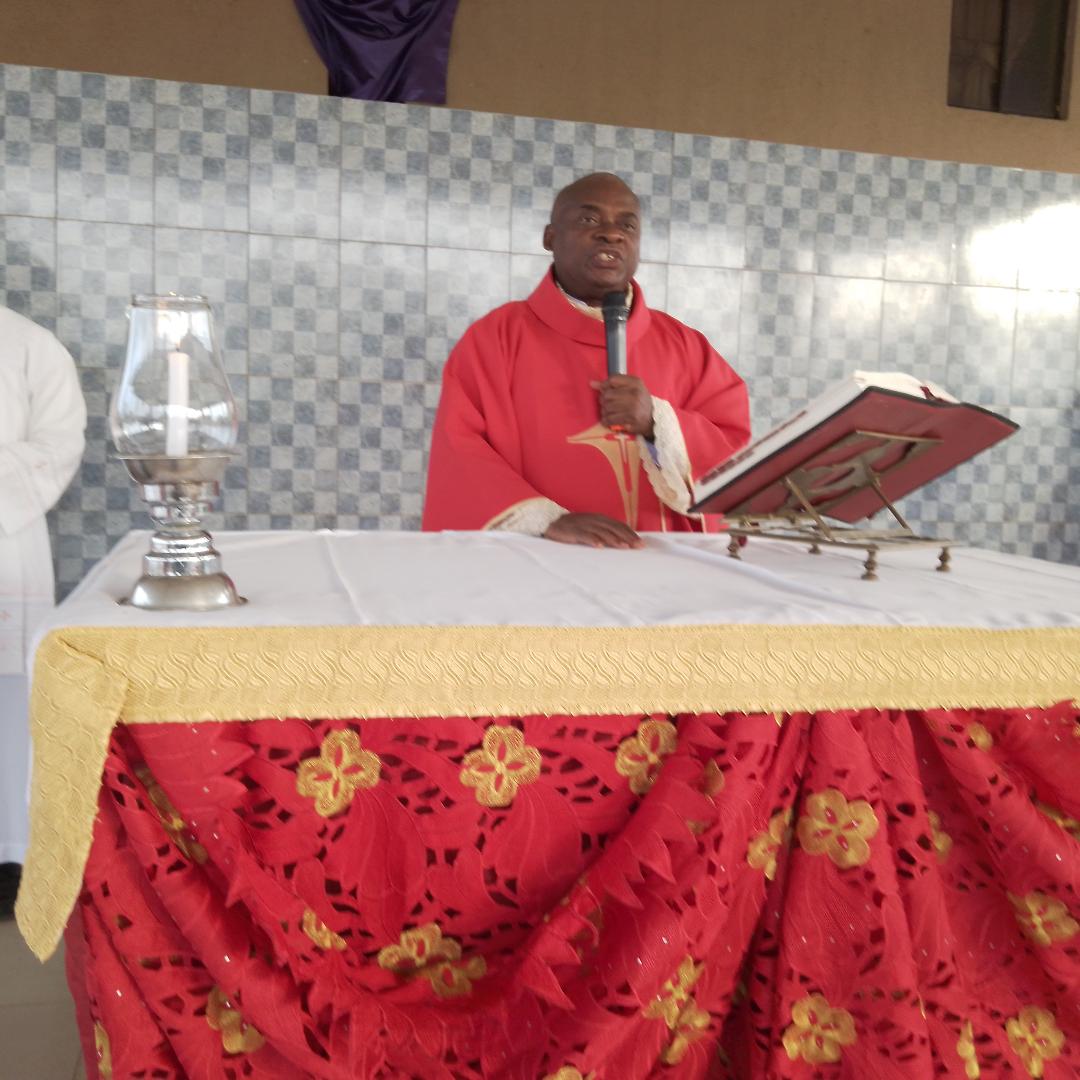 He also throws more light on the fundamental story of Christianity as he likened Christ’s finished work on Calvary to that of a King who wanted to save his people by actually involving the exact suffering of his people. In his words “He decided to camouflage and leave his throne and come down and live the normal life of his people to experience their own suffering, pains and whatever they are going through, and you could imagine what he would experience. Jesus, though in the Form of God did not count Himself equal with God, a thing to grab; rather He emptied Himself out of love and became man- Philippians chapter two. Jesus came to fulfill the will of God the Father to save mankind and He willingly out of Love accepted to come and become man to die for the sins of the world.

Citing “how the Jews decided to choose the wrong one in place of the good as they opted for Barabbas who was tried,  imprisoned for insurrection and for inciting people as well as for murder in place Jesus Christ, Father Okonkwo urged Nigerians to vote the right Leaders ahead of general elections in 2023 towards good governance across the country saying “At times during election people will still sell their minds and consciences and still vote in the wrong persons. Even when persons with their pedigrees and with all they have done, Nigeria will be saved, but they will tell you, no, we don’t mind, give us any kind of persons, all we need are the corrupt, and after, what happens?, we keep suffering, we keep crying”

Explaining further he said “From the story of the suffering and death of Jesus, we understand that suffering is part of our human existence. Sometimes in the midst of what we suffer we tend to think that God has forsaken us. God does not neglect us. The suffering we sometimes undergo is meant to help us get to where God wants us to be. Whenever we see ourselves going through some forms of suffering, let us remember that our Lord Jesus Christ had the same experience, but emerged victorious. We should unite our sufferings with His in order to also share in His glory.
Jesus teaches us humility today. We are told that Jesus entered Jerusalem riding on a donkey (cf. Zech. 9:9), a symbol of peace. The donkey was an animal the simple and common country people used. Jesus’ humility contrasted with the majesty of worldly leaders, who would ride on horses and sometimes over the prostrate bodies of their foes.
He stated that by this, Jesus is teaching leaders to live simply, and to give up a lot of their excesses for the good of their people. The poor and needy, largely the victims of bad and corrupt governance are often made to suffer and sacrifice for the comfort of their leaders. They are victims of social, economic, political exploitation and manipulation, whereas the corrupt leaders seek their personal interests instead of what brings progress, national growth and sustainable development. Leaders must show their followers, especially the youths, the example that wishing and dreaming big alone are not enough to make them who they want to become; they can only achieve this through hard work and honesty.
Like the suffering Servant of Yahweh in today’s readings, the innocent women, children and all the vulnerable people, the victims of kidnapping, banditry, and Boko Haram insurgency in Nigeria are crying and asking: “My God, My God, why have you forsaken us?” It is the same cry in the hearts of many Nigerian youths and students, forced to stay home due to no fault of theirs. However, despite the pains and fears, we are hopeful of triumph someday, somehow, by God’s grace. Let us open our hearts to receive Christ as our King, the only true answer to our quest for happiness and meaning.

The Sunday, also called Passion Sunday is the beginning of Holy Week.

It is the final Sunday of Lent, days before He was crucified on Good Friday.