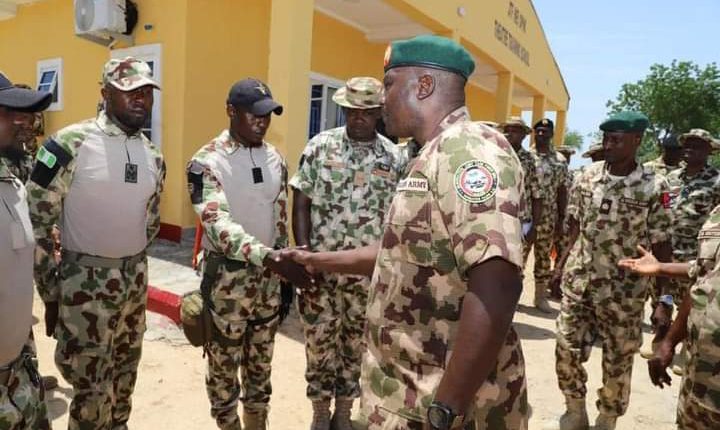 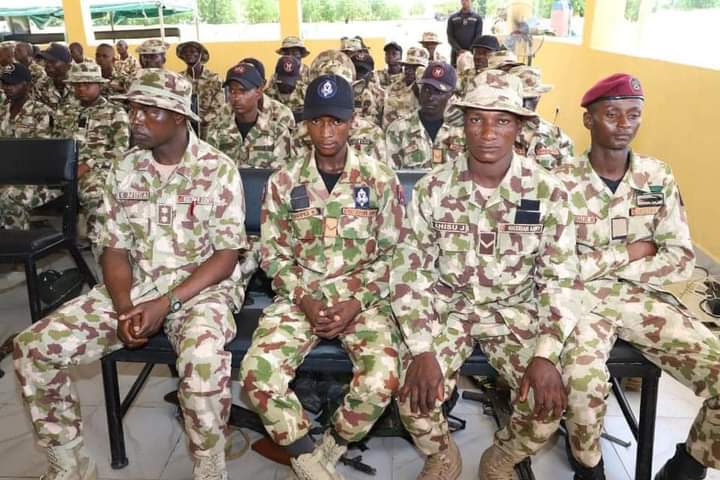 While rewarding and recognizing best graduating students of the course the Theatre Commander also urged course participants to impart the knowledge gained from the course in their subordinates at their various units.

While appreciating the officers, instructors and soldiers of the school for their commitment and dedication, the Theatre Commander also acknowledged the contributions of the Nigerian Navy Special Boat Service, Centre for Civilians in Conflict, 7 DMSH, 7 Div PT Group  and many others who have contributed to the training of the participants.

Earlier in his welcome address, the Theatre Training Officer (TTO), Brigadier General EO Oduyebo disclosed that the 83 participants comprising of 9 officers and 74 soldiers were drawn from various units across the Theatre. 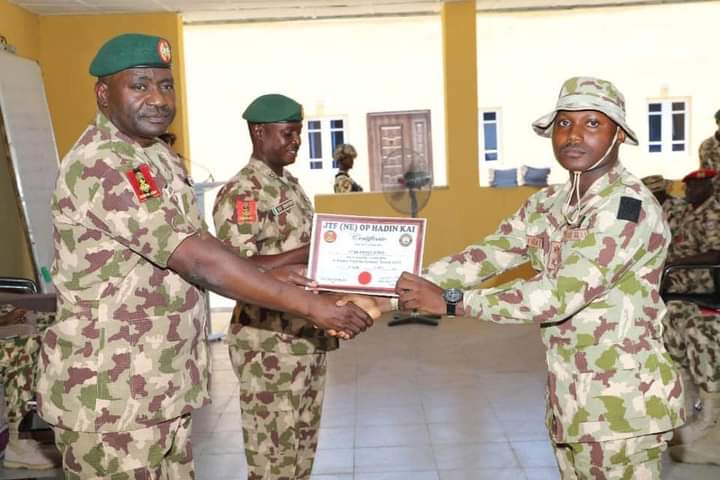 He stated that the two weeks rigorous military training is designed to broaden participant’s knowledge of military operations, civilian harm mitigation, leadership and build a professional, yet physically and mentally fit soldier that can take on and neutralize any adversary anytime, anywhere.

While appreciating the leadership of the Theater, Lieutenant FA Ibrahim on behalf of the entire course thanked the, Theatre Commander, the Theatre Training Officer for their guidance throughout the period of the course as well as instructors and stakeholders for the knowledge gained during the course.