The Nigerian President, Muhammadu Buhari, has been applauded for the massive infrastructural development currently ongoing in the country.

Mr Ohiani, who was recently confirmed by the Senate for a five-year tenure, said the Buhari administration had done very well in capital funding of infrastructure.

He said; “If you notice, everybody is commending the President and his cabinet members, for the laudable initiative in development of infrastructure,” 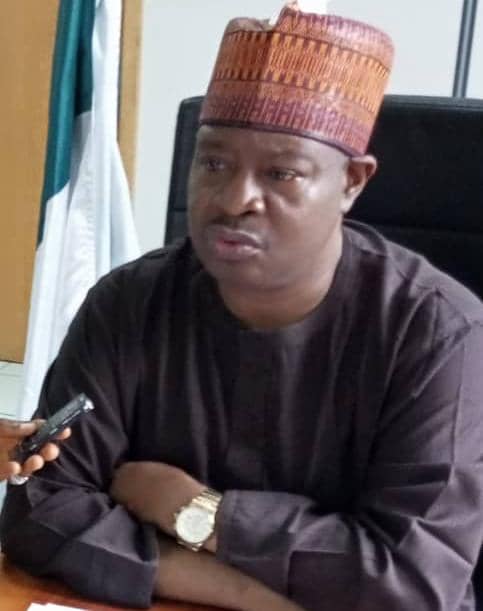 Mr Ohiani explained that, “Over the years, one of the problem we face is proper planning, unlike our peers in Malaysia, India and Singapore, we started with them with our first, second and third development plan but the issue of development plan was jettisoned during the military era, and those countries left us behind.

” Without a development plan to forecast what you need to do, how to attract investment, you will not be able to grow your infrastructure stock.”

Bridging the infrastructure gap
The new DG of ICRC stated that the present administration has seen the necessity of coming back as it recently launched the revise National Integrated Infrastructure Master plan, called NIMP 2022. This shows the investment that is required within the next 23 years – 2020 to 2045, to bridge the infrastructure gap.

“What is required is 2.3 Trillion dollars and the government is looking at bringing private sector participation to fund this gap. In this regard, a lot of things has been done, taking into consideration the Lekki Deep Sea Port that will soon be completed before end of this year and become fully operational,” he stated.

Mr Michael Ohiani also commended all the Ministers for their various initiatives in tapping into public sector investment, for an all round economic development.

He said; “We have the Highway Development and Management Initiative Scheme, HDMI, which is to attract N134 trillion into development of roads, about 12 road corridors have been earmarked under this first phase as a pilot phase cutting across all the six geo political zones.”

Mr Ohiani stated, “I can confidently tell you that on Wednesday last week, we concluded negotiations with prospective investors. No details yet until the transaction is sealed up.

”Recently , we signed the Onitsha Port Concession to open axis in Eastern flank so that Lagos
Port can be decongested. We also have Lokoja, Baro river Port under consideration.”

The ICRC Boss thanked President Muhammadu Buhari and the National Assembly for giving him the opportunity to serve, saying ” I will like to work as a team with my staff using Messi as example, as good as he is, he cannot deliver if he doesn’t work as a team. So we are going to work as a team to ensure that the dividends of PPP is brought to the doorstep of Nigeria.

“We want to upscale the private sector participation in infrastructure development.”