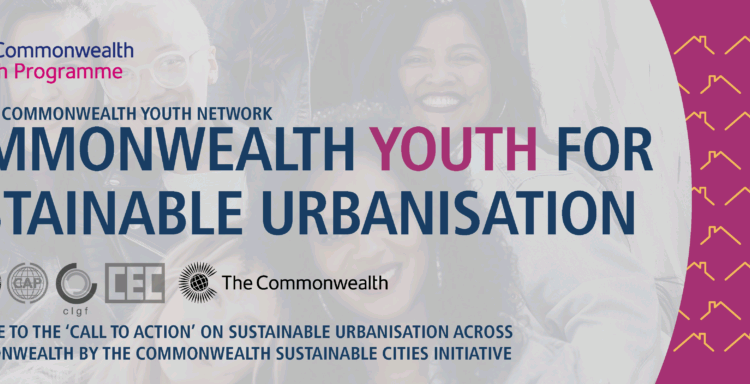 The network is focused on sustainable urbanisation and the Commonwealth has urged those under the age of 35 to join.

The CYSU is the 13th youth network to be set up through the commonwealth Youth Programme.

The network will use an evidenced-based approach and work collaboratively to address the challenges affecting health, trade, the economy, the environment, and youth employment in cities and human settlements throughout the Commonwealth.

Supported by the Commonwealth Secretariat for the past 40 years, the youth networks cover various issues and empower those aged 18-29 to make their voices heard by giving them opportunities to shape the future they want to see.

Its launch coincides with the announcement and first meeting of the newly formed Clean and Sustainable Energy Action Group. A joint effort between members of the CYSU and the Commonwealth Sustainable Energy Transition (CSET) Agenda.

Its focus will be on scaling up youth-led solutions for clean and sustainable energy and creating a platform for engaging young people in the global discourse on the energy transition.

The CSET will look to help Commonwealth nations with the transition to low carbon energy systems and the achievement of SDGs, in particular SDG 7 on access to affordable, reliable, and sustainable energy.

It is anchored on three key pillars – Inclusive Transition; Technology and Innovation; and Enabling Frameworks and is implemented through targeted approaches including member-led Action Groups.

Both groups were profiled on the second day of the Commonwealth Youth Forum, where 350 youth leaders have gathered to share ideas and generate recommendations for improving youth prospects to be taken forward to the Heads of Government meeting on Saturday.

Young people who meet the criteria are encouraged to express their interest in joining the CYSU and the new CSET Youth Action Group.

The competition to design the CYSU logo was launched and interested participants are encouraged to submit their designs.

The CYSU network is the result of a commitment for increased youth involvement in development reached at the 2018 Commonwealth Heads of Government (CHOGM) meeting in London.

Head of Social Policy Development at the Secretariat, Layne Robinson said: “With populations booming – and more and more young people living in cities and towns – it has never been more important to look at the world around us and to think about how it can better serve future generations.
“This is a fantastic opportunity for candidates with a passion for sustainable development to have an impact on the world they see around them.”