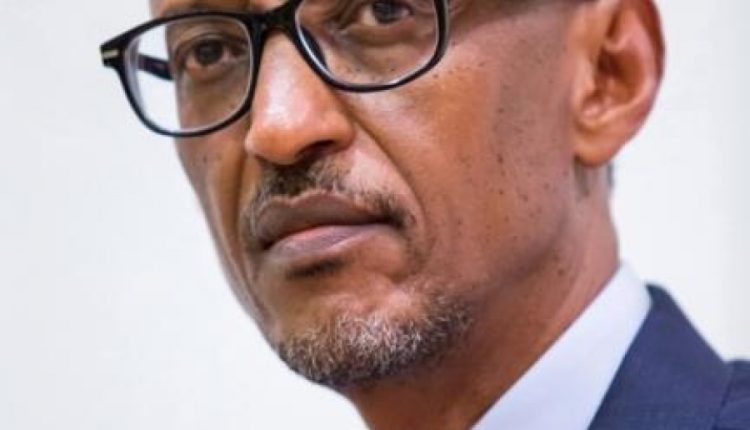 The President of Rwanda is the new Chair in Office of the Commonwealth.

President Paul Kagame is taking over from the Prime Minister of the United Kingdom Boris Johnson.

The Prime Minister of United Kingdom Boris Johnson announced this in his remarks at the opening of the Commonwealth Heads of Government Meeting opening ceremony in Kigali, Rwanda.

Mr. Johnson who said he was handing over the baton to President Kagame, one of the newest members of the commonwealth, wished him success as he chairs by encompassing 54 countries and a third of humanity.

“One of the newest members is now at the helm, and more nations are seeking to join, which tells you everything about the health and vitality of our Commonwealth, because for all the differences between us, we are united by an invisible thread of shared values, history and friendship.”

The UK Prime Minister who became Chair-in-Office in 2018, noted that he was a able to make some remarkable achievement in the face COVID 19.

“When the UK became your Chair-in-Office in 2018, the word “Covid” had not been invented many of us had no idea what a “coronavirus” was,   and nobody could have known that the worst pandemic for a century would soon claim millions of lives.”

“The British government put together the partnership between Oxford University and AstraZeneca that produced the world’s most popular vaccine,and during our time as Chair-in-Office,    the UK supported the delivery of more than 1.4 billion doses of Covid vaccines to Commonwealth countries.

On his achievement in education, Prime Minister Johnson said that at the last CHOGM in London in 2018, the UK announced £212 million for the Girls’ Education Challenge

He said that the initiative is now at work in 11 Commonwealth countries, ensuring that girls are able to gain at least 12 years of quality education.

Boris Johnson who extolled the leadership of President Kagame expressed optimism that the Commonwealth will make immeasurable progress as he chairs the body.

“For now, it only remains for me to thank every Commonwealth member for having given the United Kingdom the chance to serve as Chair-in-Office.”

“And as I pass on this responsibility to President Kagame, a close friend and partner,”

“I know that he shares my boundless optimism about the future of the Commonwealth at the forefront of the international agenda, and benefiting all our peoples.”

President Paul Kagame in his speech called for a united Commonwealth and pledged to work towards improving the lives of the people of Commonwealth.

The term ‘Good Offices’ refers to the Commonwealth’s conflict prevention and resolution work.

The Chair-in-Office is the leader of the Commonwealth country that hosts a Commonwealth Heads of Government Meeting (CHOGM).

It is a two-year role.