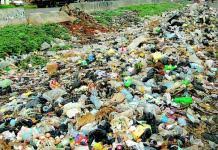 To eliminate communicable diseases and epidemics in Oyo state, the state  Government in partnership with a waste management consultant, Mottainai Recycling, has commenced the fumigation of dumpsites.

This was made known by the Commissioner for Environment and Natural Resources, Abiodun Oni, on Monday in Ibadan.

He said that the exercise had been flagged off at Lapite dumpsite, Ibadan, since last Saturday.

The Commissioner, represented by the Permanent Secretary in the Ministry, Modupe Adeleye, said that the exercise was aimed at protecting the immediate and surrounding communities where the dumpsites were situated.

He expressed the government’s commitment to protecting public health and minimizing the discomfort that might be caused by neighbouring communities by the dumpsites.

Oni appealed to residents of the state to refrain from any act that might have negative effects on the environment.

According to the commissioner, the fumigation exercise would play an important role in the waste management chain in the state.

“There is no gainsaying the fact that dumpsites are prime breeding sites for communicable diseases and vectors, such as rodents, mosquitoes and flies, which tend to exacerbate the prevalence of waterborne diseases, such as typhoid and cholera, among others.

“The exercise will help us attain a cleaner and safer environment,” he said.

Oni urged residents to ensure prompt payment of their waste disposal services and desist from dumping wastes in unauthorized places.