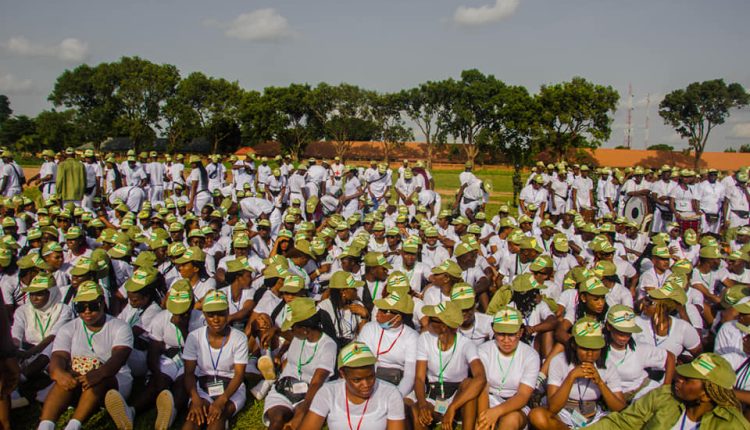 A total of 1, 519 batch ‘B’ (stream 1) corps members comprising 612 males and 907 females out of 1,800 deployed to Kaduna state by the National Youth Service Corps (NYSC) were officially sworn in for the orientation course.

The 21 days orientation course which is the first of four cardinal points of the scheme is designed to prepare the corps members for the task ahead as they go through the remaining three cardinal points which includes primary assignment, community development service and passing out parade.

Declaring this batch’s orientation course open at the temporary camp, Government College, Kurmi Marshi, Kaduna North local government area of the state, the State Governor, Nasiru El-Rufai restated his administration’s unwavering commitment to the security and welfare of the NYSC, the corps members and NYSC staff in the state.

Represented by the Commissioner for Human Services and Social Development, Hajiya Hafsat Mohammed-Baba, El-Rufai charged the participating young Nigerian graduates to join hands with the government to tackle the menace of unemployment by way of keying into the NYSC Skills Acquisition and Entrepreneurship Development (SAED) programme.

“We are firmly committed to providing the needed enabling environment to keep the scheme viable and ensure the safety and welfare of our corps members in the state.

“I want to reassure you that security of lives and property of all citizens in our dear state including members of the NYSC remains the top priority of my administration”, the Governor said.

Earlier, the 27th Coordinator of the scheme in Kaduna, Mr Odoba Abel Oche thanked the governor for the rehabilitation of the blown-off roof at the temporary orientation camp.

He however requested the governor to provide fans and additional toilet facilities in the hostels allocated to the corps members at the temporary camp to give them a minimum comfort as they begin the one-year mandatory service to the motherland.