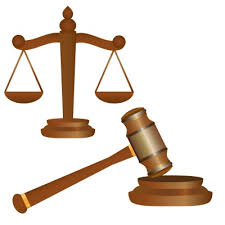 A Federal High Court in Abuja has affirmed Oladipupo Adebutu as winner of Ogun State Governorship Primary of the People’s Democratic Party (PDP) in the 2023 elections.

Justice Inyang Ekwo on Thursday, dismissed a suit instituted Mr. Jimi Lawal who was dissatisfied with primaries for lacking reliable and credible evidence.

Jimi Lawal who contested the May 25 governorship primary election of PDP had challenged the emergence of Oladipupo Adebutu alleging that unlawful and invalid delegates list was fraudulently used by PDP to conduct the election.

Lawal had prayed that the purported primary election be cancelled and ama fresh primary be conducted with the authentic adhoc delegates.

In the judgment Justice Ekwo described Lawal as a “spoiler”, having joined in March the PDP from the All Progressives Congress APC and participated in Governorship Primary held in May 2022.