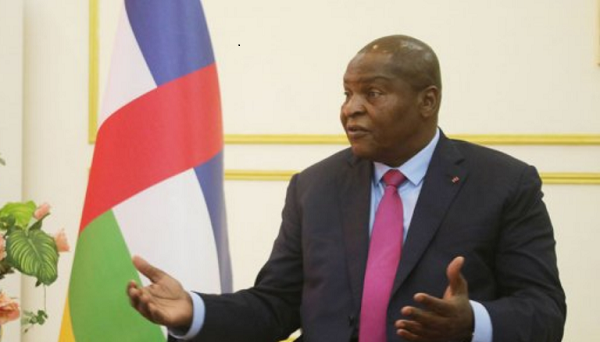 The Central African Republic’s top court has cancelled plans for a committee to rewrite the constitution.

It marks a setback for President Faustin Touadera who was thought to be seeking a third term in office.

President of the Central African Bar Association, Me Emile Bizon, said “The Bar’s fight is to guarantee the independence of justice.

“That the judges can make their decisions with regard only to the law without any pressure from either side,” they said.

The court insisted a referendum on changing the constitution could be triggered by the president.

However, he could not act against the oath he had taken, when elected in 2020, pledging he would not attempt to change the number and length of his mandates.

Mr. Bizon added that“I do not believe for a moment that the public authorities can take the risk of going against a court decision, that would be confirming what we are saying here, that is to say, the annihilation of  the judiciary power.”

Report says the president was first elected in 2016, then re-elected in a controversial poll in 2020 but on August 27, demonstrators took the streets of the capital Bangui against changing the constitution.