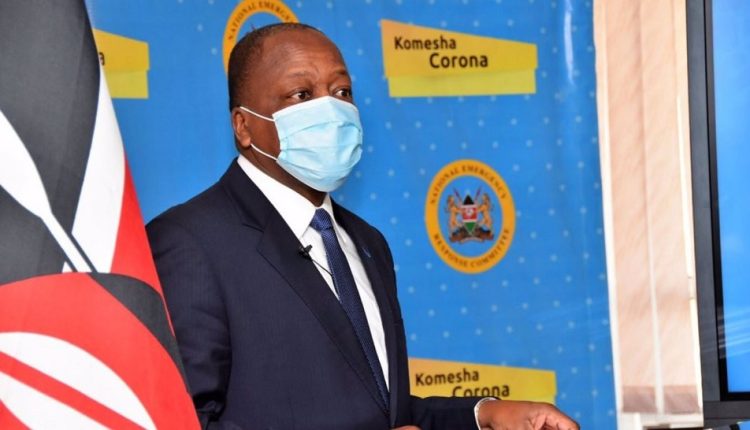 In Kibera a low-income neighbourhood in the capital Nairobi, it can be difficult for Kenya’s youth to find hope.

65-year-old Alice Wanjiku’s son found life too much to bear during the pandemic. He took his own life in 2021.

Kimani was her youngest child, of seven, and he bore the financial responsibility of her medical bills and food after his mother was diagnosed with breast cancer.

Wanjiku currently pays $14 a week for her cancer treatment at Mbagathi Hospital, she had missed two months of medical care earlier in her treatment due to lack of funds.

After his work dried up during the pandemic, Kimani could barely make ends meet.

He sold his paintings and worked in casual construction jobs.

“If he had sought help, this would not have happened. He would have been counselled and changed his mind. Keeping to himself inspired the negative action,” says Wanjiku.

Kenya has a population of 53.77 million people and fewer than 500 mental health workers.

This has prompted community based initiatives to move to fill the gap.

The group offers counselling and group therapy at no cost.

“Actually after the COVID pandemic, the majority of people leaving in Kibera slums lost their jobs and even casual labourers had to relocate to upcountry and apart from that it also led to stress on mental health especially people that could not meet their basic needs of food, others could not even accommodate their shelter, paying rent and school fees. This has really led to economic challenges for people living in the slums,” explains Anthony Onyango, a community health worker at Ushirika Health Centre, who also visits Wanjiku.

In Kenya’s slums many cases of mental illness go unnoticed, because often residents choose to suffer in silence in an attempt to avoid discrimination associated with mental illness adds Onyango.

“The majority of our people are living in denial and we have myths and misconceptions. This is because of a lack of education and poor knowledge of status. So people don’t believe that there is mental health and then they get into either stress or depression, such things.”

According to a report by Kenya’s Ministry of Health, one in every ten Kenyans suffers a mental disorder.

The 2020 report by the the Taskforce on Mental Health called for more funding for mental health facilities and recommended that “mental illness should be declared a national emergency of epidemic proportions, to prioritise mental health as a priority public health and socioeconomic agenda.”

The government recently announced a new neuropsychiatric hospital and a centre of excellence that will become a national education and training hub to address the mental health challenges the country faces.