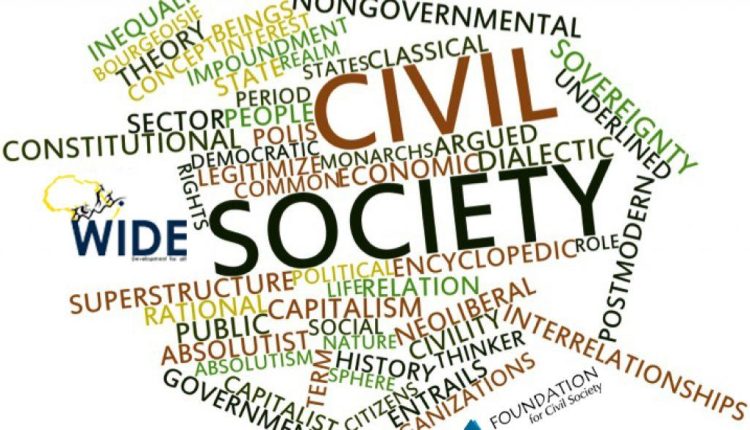 There is the need for ECOWAS to intensify efforts in enlightening citizens, especially youths, on its activities in the region.

The call was made by the coalition of civil society groups under the umbrella of, West African Civil Society Forum (WACSOF), Nigeria.

Dr Olutunji David expressed worries that at 47, community members are still largely unaware of the existence of ECOWAS, let alone its socio-economic and developmental impact in the region.

He said that ECOWAS has been promoting economic cooperation and regional integration as a tool for an accelerated development of West African economy, the government and its people.

Dr Olatunji called for the establishment of ECOWAS Club in secondary and tertiary institutions across the 15 Member States of ECOWAS.

According to Dr Olatunji “Vision 2020 has the lofty goal of transforming ECOWAS from a body of states to a community of people”.

“The vision document is comprehensive and laudable, appreciating the necessity to cascade this document to the citizen is the responsibility of the civil society organization, WACSOF is poised to accomplishing the vision. “

“It is with this understanding that we are proposing the introduction of ECOWAS Club to all the secondary and tertiary institutions in Nigeria and by extension the West Africa sub-region.”

“We are soliciting for this honourable house to move the motion, debate the motion and legislate favourably for the establishment of ECOWAS Club for promotion and cascading of ECOWAS policies amongst the youths and young adults in the region”.

He said that it is gratifying that the visioning process has achieved remarkable progress, culminating in the formulation and preparation of the vision document.

Dr Olatunji noted that this accomplishment represents a significant step, given the commendable effort to involve all relevant stakeholders in the visioning process.

In a swift reaction, the First Deputy Speaker of ECOWAS Parliament Ahmed Idris Wase, who presided over the proceedings expressed contrary opinion with that of WACSOF, arguing that a lot of Nigerians have held strategic position in ECOWAS institutions.

Honourable Wase who is also the Deputy Speaker of the Nigerian House of Representatives said that citizens of ECOWAS member countries like Niger Republic, Benin Republic and Sierra Leone can testify to the good work of ECOWAS as some of its projects are sited in these countries.

He noted that Nigeria is a big brother who is working hard to extend a helping hands to other member states, adding that Abuja residents may not be aware of some of these laudable projects because they are not sited in their area.

While, noting that the survey done by WACSOF was not comprehensive, the Deputy Speaker advised CSOs to carry out a thorough survey if they want ECOWAS to buy into their project.

Meanwhile, the Community Parliament has in solidarity with the Nigerian Government suspended its sitting to mark the 32nd Anniversary of the 12th June, 1993 Presidential election in Nigeria.

To commemorate this event Nigerian government unveiled activities lined up for the celebration of this year’s Democracy Day (June 12), as it declared Monday, June 13, a public holiday.

The Deputy Speaker of the Community Parliament  Ahmed Idris Wase  noted that the ECOWAS Parliament would be observing the public holiday on Monday, 13th June to commemorate the Democracy Day in honour of  Moshood Abiola the late presumed winner of the annulled 12th June, 1993 presidential election.

Honourable Wase who stated this at the end of Saturday’s session said ECOWAS Parliament felicitates with the Government and good people of Nigeria as the nation celebrates the historic event.

Sitting at the Parliamentary Session is expected to resume on Tuesday, June 14 2022 with the President of the ECOWAS Commission, Jean-Claude Kassi Brou expected to make his presentation.

The Fifth Legislature of the 2022 First Ordinary Session of the ECOWAS Parliament which opened on Thursday 9th June in Abuja, Nigeria is expected to close 2nd of July, 2022.