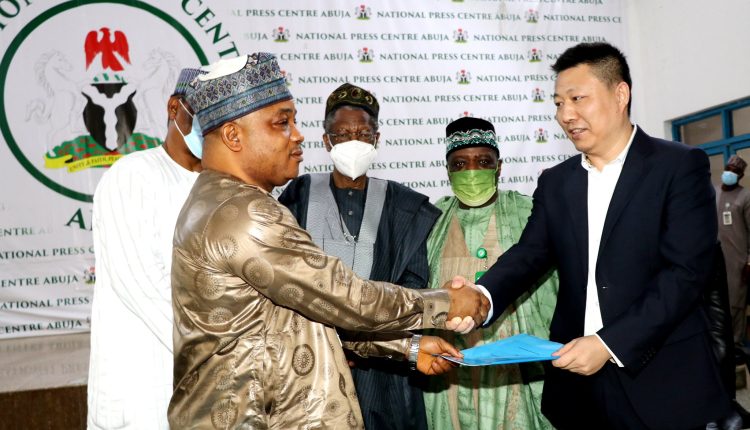 Nigeria’s National Broadcast Signal Distributor, the Integrated Television Services (ITS) and the Nigerian Television Authority (NTA)-Star has signed a Memorandum of Understanding (MoU) on signal distribution for Digital Switch Over by the National Broadcasting Commission (NBC)

The Minister of Information and Culture, Lai Mohammed, who witnessed the signing of the MoU in Abuja on Monday, explained that the set-top boxes (decoders) of NTA-Star will now have multiple encryptions, which will enable viewers to enjoy FreeTV content alongside paid content 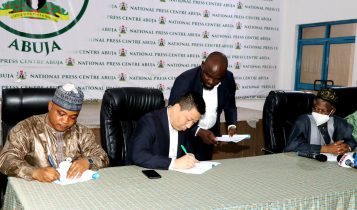 According to him, the MoU will open the floodgates for channels to be licensed by NBC, thereby creating jobs and enhancing television experience with quality and compelling content.

The Minister, who described the MoU as a game changer, said the DSO is now on a fast track as the Integrated Television Services will henceforth utilize the facilities and structures of NTA-Star for distribution of the DSO signals.

“The MoU that has just been signed will fast-rack our rollout and take the DSO to a higher pedestal. That’s why I described it as a game changer. With this MoU, ITS will utilize the structures and facilities of NTA-Star, a terrestrial PayTV platform, spread across the country, for signal distribution. In other words, ITS will henceforth become the Signal Distributor in the structure of NTA-Star,” he said.

Mohammed further explained that the signing of the MoU has given effect to the Whitepaper on the DSO, which bars terrestrial payTV from self-carriage in Nigeria.

He said NTA-Star, which has over 70 transmission sites spread across 35 states and the FCT, has effectively covered a large portion of this country with their signals,

Mohammed added that the Nigerian Government would strive to cover at least 70% of the country with Digital Terrestrial Television (DTT) signal and then deploy Direct To Home (DTH) to provide 30% signal to areas in difficult terrains such as riverine and mountainous areas.

The Minister explained that the decision to transition from analogue to digital television, following a treaty that was signed at the Regional Radio communication Conference (RRC-06) in Geneva, Switzerland, on June 16, 2006, is aimed at creating a more equitable, just and people-centred information society, which will connect underserved populations and remote communities, thereby bridging the digital divide. 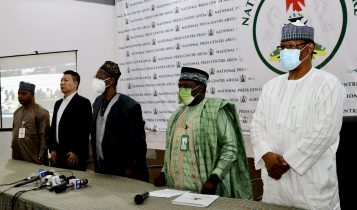 “The key benefits of digital television broadcasting are: Wider choice in TV and radio channels; Improved picture, e.g. HD, UHD and High-Fidelity sound; Greater flexibility with the potential for portable and mobile reception; Enhanced information services including the Electronic Programming Guide or enhanced ‘teletext’ services (with enhanced graphics); Potential for interactivity; and Increased market competition and innovation, thanks to the potential arrival of new entrants at different levels in the value-chain, for instance new service providers, broadcasters, etc.”

The Director General of NBC, Mr  Balarabe Ilelah said the signing is a milestone in the delivery of a life-changing experience in digital broadcasting with a potency of boosting our economy.

“The project holds lots of promises for our industry and its key players particularly creative minds in the areas of content production and distribution. Efforts to deliver Nigeria to digital broadcasting began since 2006 but we consecutively missed three deadlines of 2012, 2015 and 2017 respectively.

“We have found an antidote to our challenge of having a simultaneous national roll out with at least 70% signal penetration and coverage of Nigeria’s territorial boundaries.

“After the signing of this MoU, we expect the two parties to work assiduously to build the requisite broadcast infrastructure that ensures a seamless digital switch over across Nigeria through Digital Terrestrial Television (DTT). They will also introduce and adopt a Simulcrypt technique to integrate Free TV contents and NTA-Star contents (Pay TV) using DTT equipment across Nigeria.”

Ilelah said by this, the system is expected to transit the over 30 million TV households in Nigeria to digital broadcasting.

“More significantly, we expect Nigeria to within a couple of months, switch-off analogue transmission in states already switched on and begin to harness the full potentials of a digital economy.”