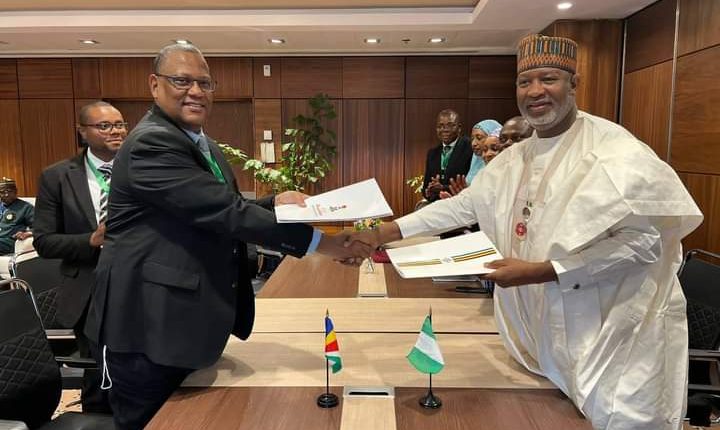 Nigeria and the Republic of Seychelles have formerly ratified air service agreement following the approval by the Federal Executive Council.

Minister of Aviation, Senator Hadi Sirika using the platform of the ongoing International Civil Aviation Negotiation (ICAN) event holding in Abuja, led officials of the Ministry to sign Bilateral Air Services Agreement ( BASA) while the Republic of Seychelles Minister of Transport, Mr. Anthony Derjacques, signed on behalf of his country.

During the ceremony, the two Ministers underscored the importance of the BASA as it will promote air services and connectivity between both countries, enhance business, and promote tourism.

They both agreed that the signing would further promote the African Union Agenda 2063 and called on citizens of both countries to latch on the opportunities of the BASA for their mutual benefits.

The Ministry has also had discussions on how to further implement the open skies Agreement, signed 30 years ago, with the United States of America.