The Minister of Youth and Sports Development, Sunday Dare has described domestic football clubs as the fulcrum of Nigeria’s domestic leagues, stating they represent the live-wire of Nigeria’s Football development.

Speaking while receiving the Club Owners Association led by its chairman, Isaac Danladi, at his Moshood Abiola Stadium office in Abuja, the Minister emphasised that the domestic leagues lack of a definitive governance structure of licensing and enforcement, poor financial controls, inconsistent standards, results to a weak national team.

In his remarks, Danladi applauded Dare’s giant strides in the sports sector over the past 3 years, asserting that the reforms and innovations brought to bear, were instrumental to Nigeria’s scintillating performance in World Athletics Championship in Oregon, and record-breaking feat at the just concluded Commonwealth games in Birmingham.

He said that with the anticipated implementation of the report, club owners will play prominent roles in the development of the nation’s football inclusive of the Nigeria Football Federation (NFF) as members of its Congress.

The Minister lauded the club owners for the work being done for the development of football across the country, acknowledging the Ministry’s awareness of the challenges faced by the clubs and their owners. 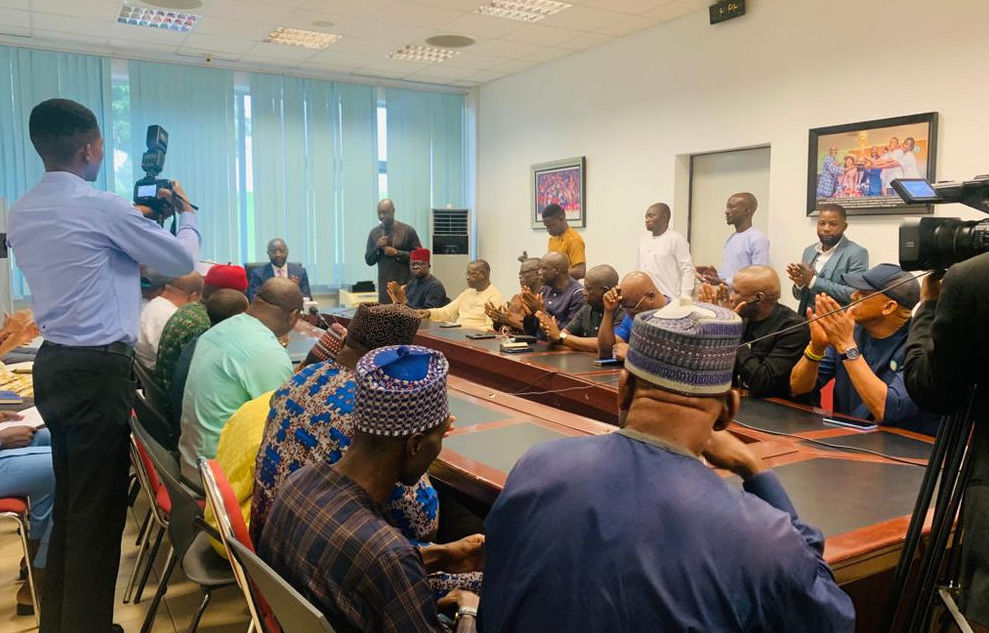 “We are aware of the efforts made by the NFF and the League Management Company (LMC) to address some of these challenges, but we are not satisfied with the efforts that have been made,” Minister Dare said.

“The problems, the challenges, have been out there in the open, but we have not seen a commensurate effort and commitment to bring about a league that is virile, profitable, and that fits our reputation as a football loving nation.”

“As the Ministry that has the mandate to superintend sports development and set general direction in terms of policy and initiatives for sports development of which football is major, we have passed our concerns to the necessary administrators.”

“We have had time to sit with them, we’ve had exchange of correspondence and we believe that concerted efforts can bring about the change,” Dare added.

The Minister expressed optimism that with the presentation of the Football Masterplan Report to the President last week, requisite reforms will soon kick-off to ensure that Nigerian football and its administration attains the enviable standard where rules are adhered to, and governance structures follow international best practices.

“The opportunity of this courtesy call is important to pass an important message, to re-echo what the President said. Having been briefed, he understands our domestic league is weak, he appreciates the problems and the challenges,” Dare said.

“And he has promised to support, not just the Ministry, but also the administrators and the club owners. So we expect the 10-year Football Masterplan Report will serve as a roadmap.”