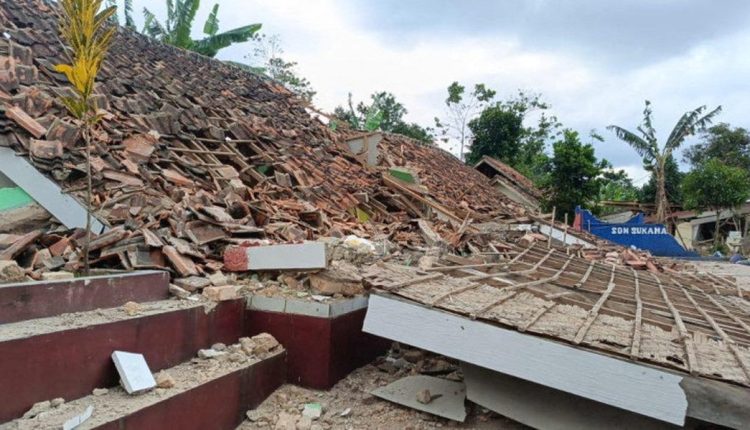 West Java Governor Ridwan Kamil confirmed 56 deaths from the quake, whose epicentre was the town of Cianjur, about 75 km (45 miles) southeast of the capital, Jakarta, where some buildings shook and some offices were evacuated.

“So many buildings crumbled and shattered,” Ridwan told reporters.

“There are residents trapped in isolated places … so we are under the assumption that the number of injured and deaths will rise with time.”

The national disaster agency (BNPB) said up to 700 have been injured in the quake as rescue workers and authorities worked to determine the full extent of the damage.

The agency added that 23 people were likely still trapped under the rubble of collapsed buildings.

More than 1,770 houses were damaged and nearly 3,900 people had been displaced in Cianjur, spokesperson Abdul Muhari said.

Herman Suherman, a government official in Cianjur, told media that some residents were trapped in the rubble of collapsed buildings.

News channel Metro TV showed what appeared to be hundreds of victims being treated in a hospital parking lot.

Several homes and an Islamic boarding school were damaged, while electricity in the area was down, disrupting communications, the disaster agency said.

Footage from Metro TV showed some buildings in Cianjur reduced almost entirely to rubble as residents huddled outside.

In the two hours after the quake, 25 aftershocks were recorded, the BMKG said, adding there was a danger of landslides, especially in the event of heavy rain.

The quake was felt in Jakarta, shaking buildings and rattling furniture, and some people left their offices in the central business district, Reuters witnesses said.

In 2004, a 9.1 magnitude quake off Sumatra island in northern Indonesia triggered a tsunami that struck 14 countries, killing 226,000 people along the Indian Ocean coastline, more than half of them in Indonesia.