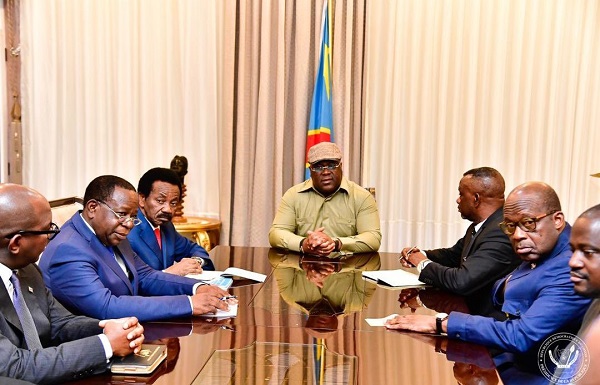 The Democratic Republic of Congo is expected to hold talks with the UN mission in the country, MONUSCO, on the withdrawal of peacekeepers.

The announcement came after President Félix Tshisekedi chaired a meeting with the presidents of the two chambers of parliament, the prime minister, and officials from the eastern North Kivu province.

Report says the deadly protests demanding MONUSCO expulsion erupted in North Kivu’s capital, Goma, on July 25 and have since spread.

Activists accuse the UN mission of failing to stop a decades-long rebellion in the east.

The government spokesperson, Mr. Patrick Muyaya said a total of 36 people, including four UN peacekeepers, have been killed following the protests.

“In view of the above, the government was instructed to expedite a meeting with MONUSCO to reassess the plan for its withdrawal agreed under Security Council Resolution 2556,” he said.

Meanwhile, on Monday, security forces dispersed fresh protests in Beni, North Kivu, and it resulted in the disruption of activities in the region.

A UN peacekeeping force has been in DR Congo for more than two decades. MONUSCO took over from a previous UN mission in 2010.