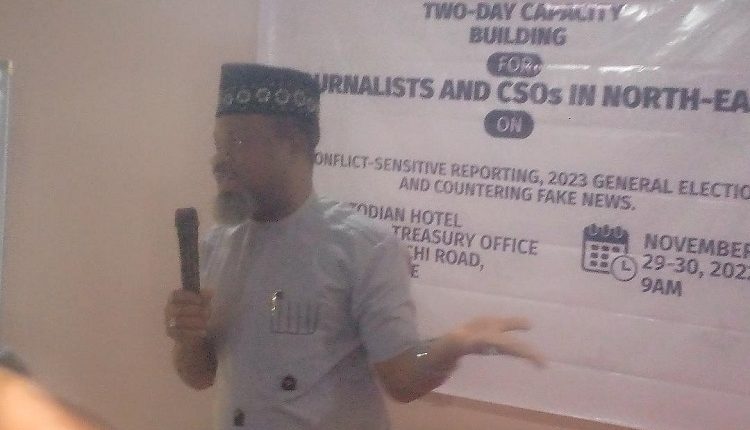 The National President of the Nigerian Union of Journalists Mr. Chris Isiguzo has condemned in strong terms the attack on the Independent National Electoral Commission INEC facility in Ebonyi state. Chris described the act as ugly and worrisome, especially at a time when the country is heading toward a general election in 2023.

Mr. Isiguzo stated this in a two-day training workshop for journalists in the Northeast region Organized by INEC, NUJ and the Center for Democracy and Development in Gombe state North East Nigeria.

“I want to condemn the recent arson attack on the INEC facility in Ebonyi State. This is totally unacceptable, especially coming at a time Nigerians are getting ready for a crucial election. I want to once more appeal to security agencies to up their game by providing adequate security for INEC officials and their facilities across the country. If there is any time the Election Management Body and media professionals need adequate security, it is now. Anything short of this would adversely affect the 2023 general elections”

He noted that the media and civil society organizations play vital roles in a democratic setting hence the need for collaboration with the Electoral Commission.

“The topic of this keynote address is apt bearing in mind the critical role of the media in the delivery of credible and peaceful elections. It is even more critical considering that political actors exhibit a high level of desperation in a bid to outwit each other. Oftentimes, decorum is completely overlooked as the age-long cliche ‘the end justifies the means’ takes center stage.

“It is very necessary to take the issue of peace as a cardinal point and take into consideration the need to be careful so that areas that are already fragile do not explode or implode.

Peace is a basic requirement in a democracy. No democracy can flourish in the absence of peace. While we concede that it is inevitable to eliminate crises and conflicts from our society, however, it is important if deliberate efforts are made toward conflict resolution and peacebuilding”. 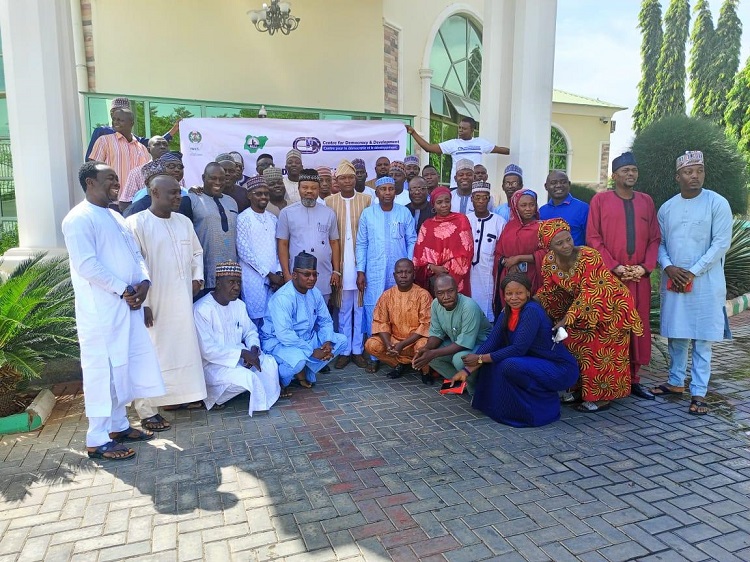 The NUJ National President also charged Journalists and CSO’s to get involved in the electoral process and equip themselves with the guidelines for the new electoral laws so as to report their stories effectively.

“As Journalists, we are expected to develop a thorough understanding of the elections and the electoral process, an understanding of conflicts and convey these to citizens in a way that reflects the truth in all their complexities. The proper foundation established by Journalists will provide citizens with the opportunities they require to make informed judgments about issues involved and perhaps help the government in taking meaningful decisions.

“Media professionals should brace up for the challenges ahead, especially since they are expected to participate in the process of social reconstruction and democratisation by providing a positive and participatory forum for the exchange of ideas, democracy and nation-building and while discharging their duties Journalists should never attempt to deviate from the ethics of the profession because it will not augur well for the nation”.

The two day workshop which has the Conflict Sensitive Reporting, 2023 General Election and Countering Fake News, draws it’s participants from the six states in the Northeastern region of Nigeria.