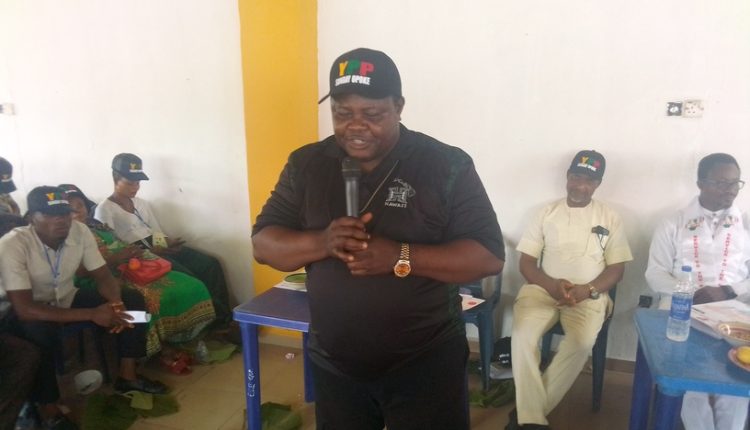 The former Gubernatorial Aspirant of People’s Democratic Party PDP in Ebonyi State, Engr Sunday Opoke, has emerged as the Governorship Candidate of Young People’s Party YPP for the 2023 general election.

The election was conducted for substitution following the new Electoral Law.

The YPP National Publicity Secretary, Comrade Ogbeola Olawale Martins, stated this while announcing Mr. Opoke’s winner of the substituted election at the party Secretariat in Abakaliki, the State Capital.

Ogbeola said the election was hitch-free “following the guidelines of the new Electoral Law, it stipulates that every political party must organise Primary Elections and that is what we have just done.

“A total number of 26 delegates, two from each of the 13 Local Government areas of the State.”

He said the election was free and fair and advised other parties to emulate the peaceful nature of conducting elections.

The YPP flag bearer, Engr Sunday Opoke, expressed joy over his emergence as the party’s candidate in the 2023 general election. 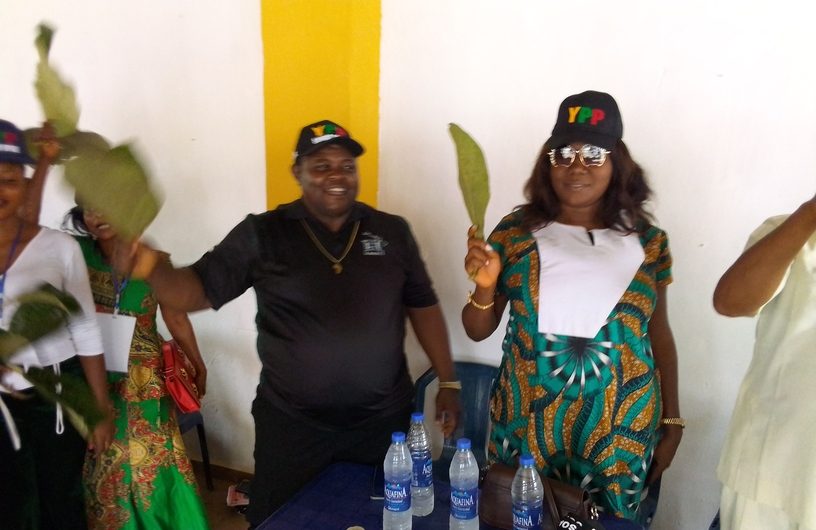 “We are going to prove the point that we can turn Ebonyi into a place of wealth Creation, learning, and earning because as our youths are learning, they will earn.

“In Ebonyi, there will be genuine employment, and we are going to make our Youths productive because if we cannot have productive youths today, we will have unproductive old men tomorrow.”

He thanked the journalists, security operatives, and the Independent National Electoral Commission INEC for coming to witness the poll.

Mr. Opoke’s running mate, Mr. Ogbonnaya Sunday, solicited the support of the Ebonyi People as everyone in the State would enjoy the Government if elected into power.

The State YPP Chairman, Mr. Stanley Oyibe, said the election is an example of how every other election should be in Nigeria.

“It was free, fair and credible,” he added.

Oyibe used the opportunity to urge the YPP’s National leadership to assist them in securing ward offices across the 171 wards in Ebonyi State and finish the ongoing works at the State Secretariat. 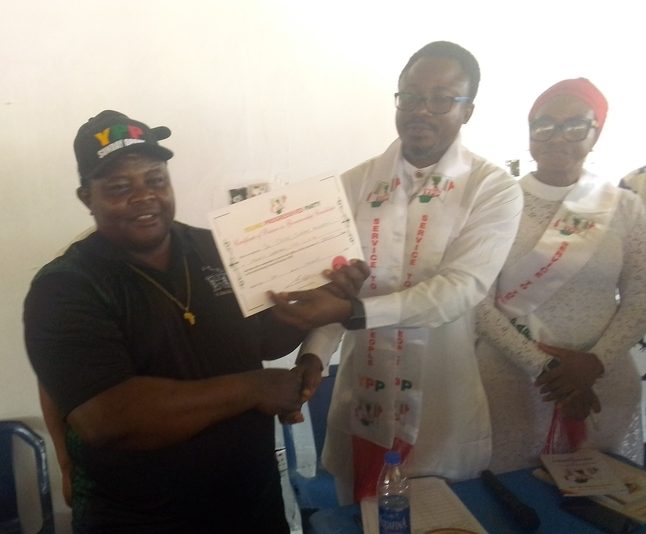 He thanked everyone who had done everything possible to ensure the election’s success.

The YPP Chairman of Ebonyi Central Zone, Mr. Sunday Nwonu, encouraged everyone to map out campaign strategies for victory in the forthcoming general election.

The highlight of the election was the presentation of the Certificate of Return to the Party’s Gubernatorial Candidate Mr. Opoke.