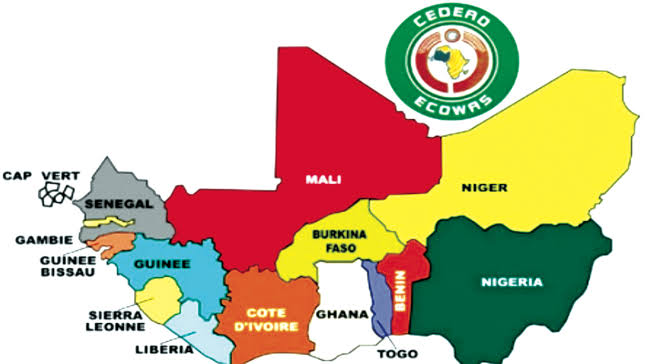 The Economic Community of West African States (ECOWAS) Parliament has concluded plans to send a fact finding team to Sierra- Leone to unravel the cause of the crisis in the country and to ascertain the level of damage due to the violent demonstrations.

Addressing journalists in Banjul, The Gambia, on the sidelines of the delocalized meeting of ECOWAS Parliament, the Chairman, Political Affairs, Peace, Security and African Peer Review Mechanism (APRM), Hon. Edwin Melvin Snowe Jr, said the parliament is very worried about the situation and vowed not to delay in wading into the crisis.

“There is an ongoing investigation, we will not hesitate as this committee will recommend once we have an additional information, we will dispatch a small team there to do the fact finding that borders on the lives and property destroyed over the recent crisis there .”

Mr. Melvin Snowe Jr revealed that the ECOWAS Parliament Speaker, Dr. Sidie Mohamed Tunis, who is from Sierra Leone, has given a nod to the parliament to send a team to his country on a fact finding mission.

According to him, there is a growing wave of intense concerns over the situation especially as Sierra Leone will go to the polls next year.

Mr. Melvin Snowe Jr said,” the life of every human being is very important. “

“We saw on social media how the police were killed and some people have also been killed. It is a very real situation. We take this no more at ECOWAS and we can’t sit with folded arms and watch the situation or allow it to escalate before we react. “

“When you come to Sierra leone, he is a member of the ruling party and he had a meeting with the opposition and they have agreed on the way forward.”

“So, that is commendable because he bridged all the gaps as a member of Sierra Leone parliament and a member of a ruling party and put on a cap as a Speaker of the Community Parliament. “

“And the Speaker absolutely has no objection to that. I discussed with him this morning and I discussed with him day before yesterday including yesterday and he has no objection with the parliament sending a small team to speak to the stakeholders and speak to the parliament to see how best we can ensure that such does not repeat itself for that matter or any other member states.”

The lawmaker also expressed worry over the crisis rocking some West African countries, adding that the Community Parliament is determined to work in ensuring that the region is free from crisis taking cognizance of the unborn generations to come.

“Peace is extremely important and our region is very fragile, we are concerned about the situation in the region. “

Today, we have crisis in Guinea, Mali, and Burkina Faso . So, is no fun that our region out of fifteen member States, three member States are in crisis and we are very concerned about it.

“In Sierra –Leone, we saw the violence , we saw the military coup in Guinea Bissau . So, we are very concerned about the situation in our region. We want to ensure that our region is safe and sound so that not just our generation but the unborn generations can enjoy the fruit of our labour so that our region will be in peace,” the concerned Legislator explained.

It will be recalled that some protesters and police officers were killed as anti-government protests in Sierra Leone turned violent.

Hundreds of people took to the streets in a public display of anger over economic conditions in the country and to protest the perceived failure by the government to cushion the effect of rising prices.

Kwara to vaccinate children against Rotavirus