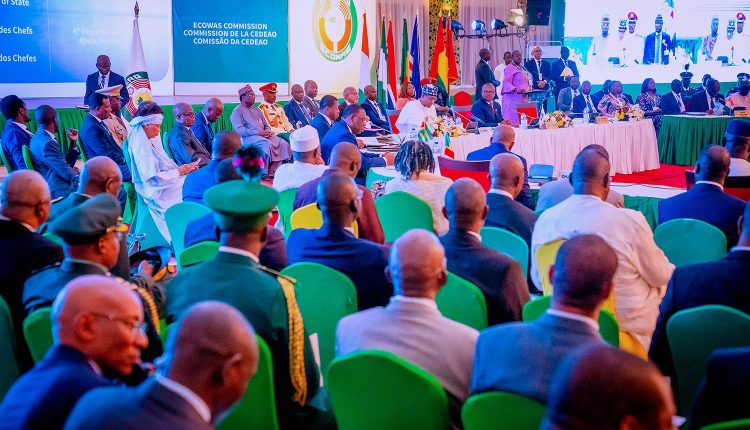 President Muhammadu Buhari has called on the new management team at ECOWAS Commission led by Dr Omar Alieu Toure to complete the review and harmonization of ongoing reforms to strengthen the regional body.

President Buhari stated this on Sunday in Abuja in his welcome address at the 62nd Ordinary Session of the ECOWAS Authority of Heads of State and Government. 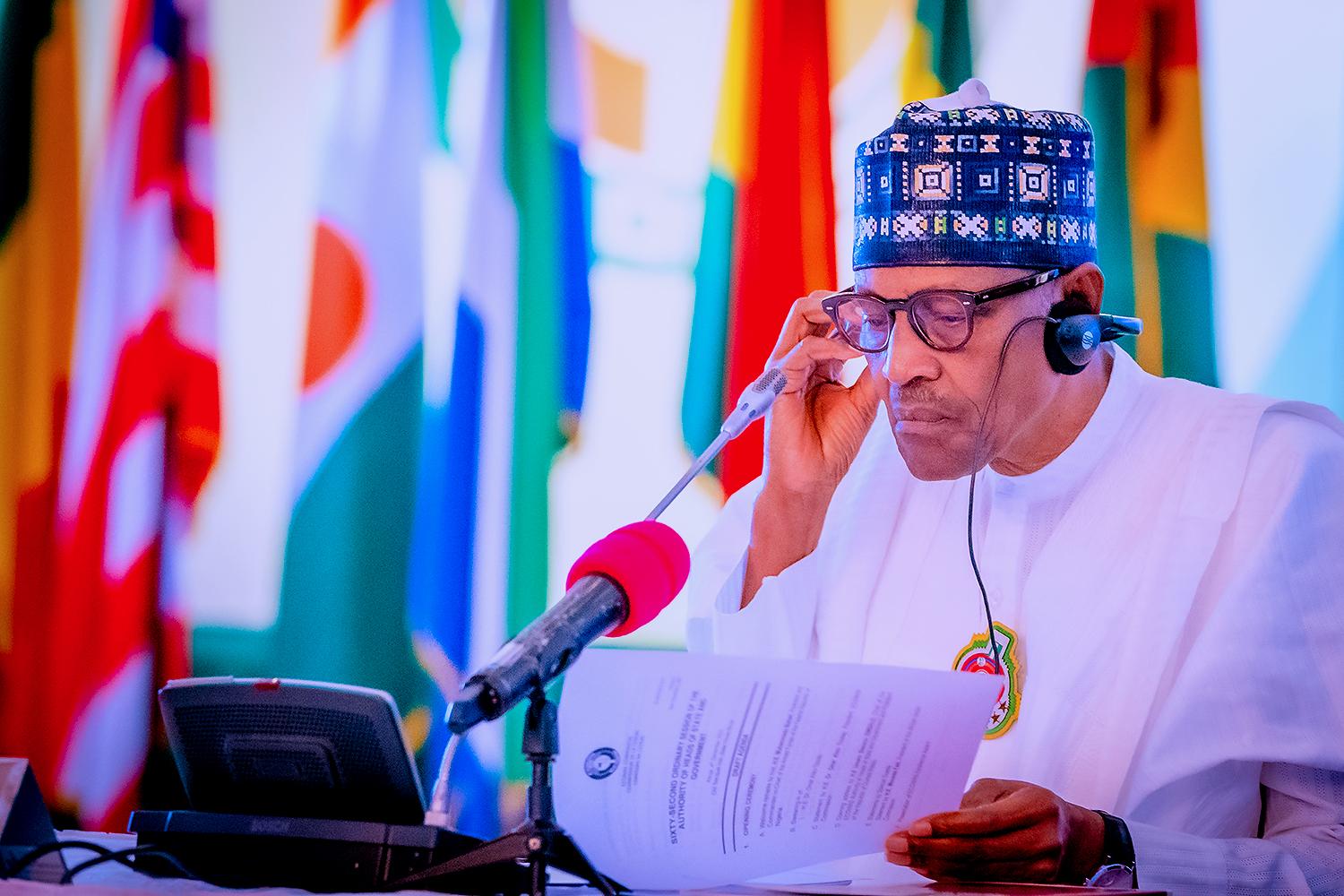 “The Commission must, therefore, work assiduously to complete the review and harmonisation of the Protocols on Good Governance and Democracy, as this would enable our sub-region to sustain our collective efforts to deepen not only Democracy but her dividends through good governance to the Community citizens.

“Related to this is the urgent need to fully bring into operation, the Regional Action Plan on the Fight Against Terrorism and other acts of criminality in the region as enhanced safety will sustain national governance efforts that would ensure the growth and progress of our region,” the President said. 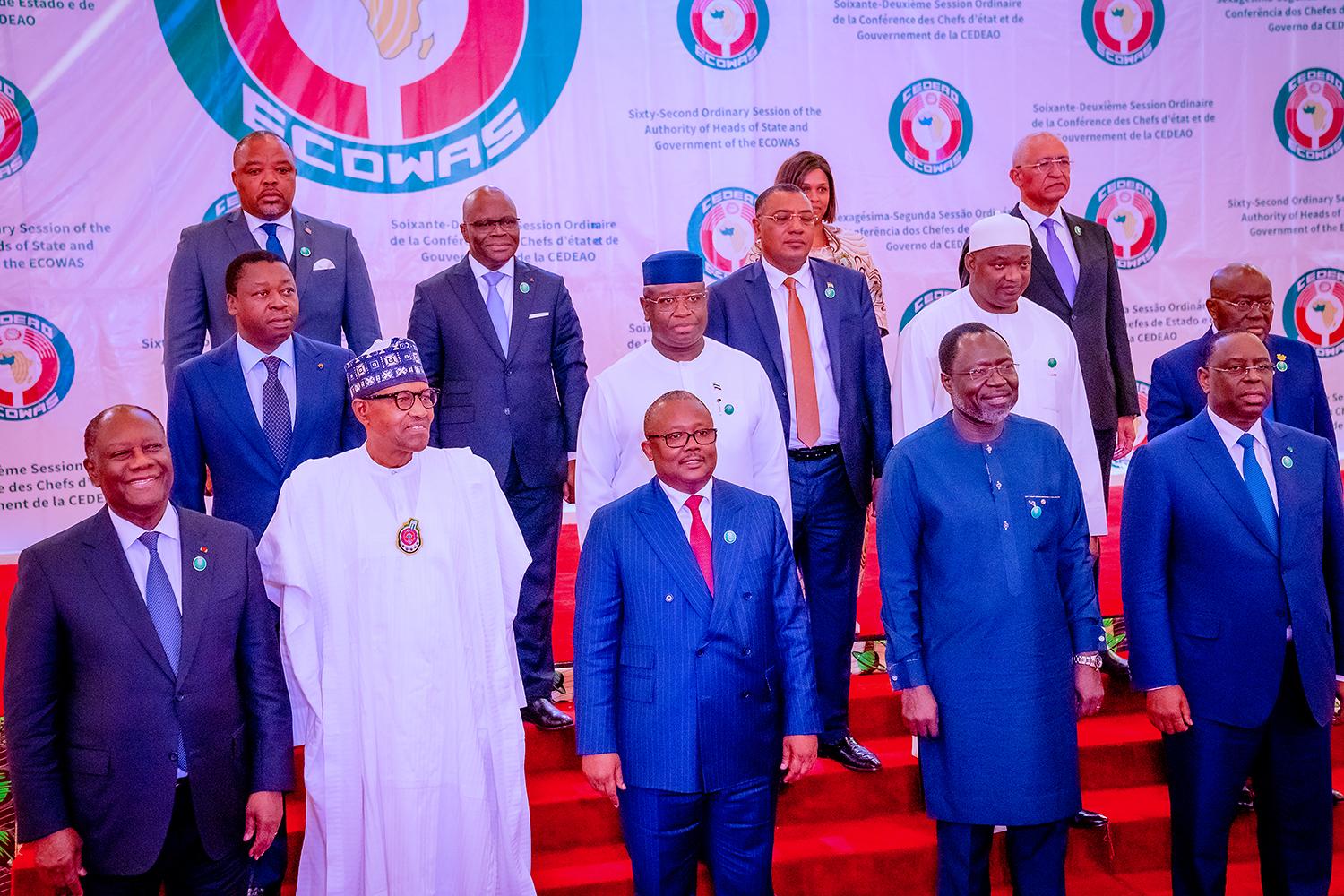 Welcoming fellow regional leaders, President Buhari noted that this year’s Summit was the 8th that Nigeria, under his leadership has hosted; “All of those occasions, including this one, have brought honour and respect to my country as Nigeria continues to be at the centre of sustained solidarity and collaborative efforts to maximise our relationships in order to address common challenges to our countries and the Community’s citizens.”

The Nigerian leader paid tribute to President Kuffour Addo-Nana of Ghana, the immediate past Chairperson of the Authority for his services and congratulated President Umaro Embalo of Guinea Bissau on assuming the leadership of the sub-regional organization, expressing his confidence in the latter’s ability to; “Discharge his responsibilities to the sub-region, as well as meet the expectations of the Community citizens.”

President Buhari thanked fellow leaders for the support he received as the Regional Champion on COVID–19 at a time the pandemic ravaged the entire world, ascribing the successes recorded in the region to their cooperation. 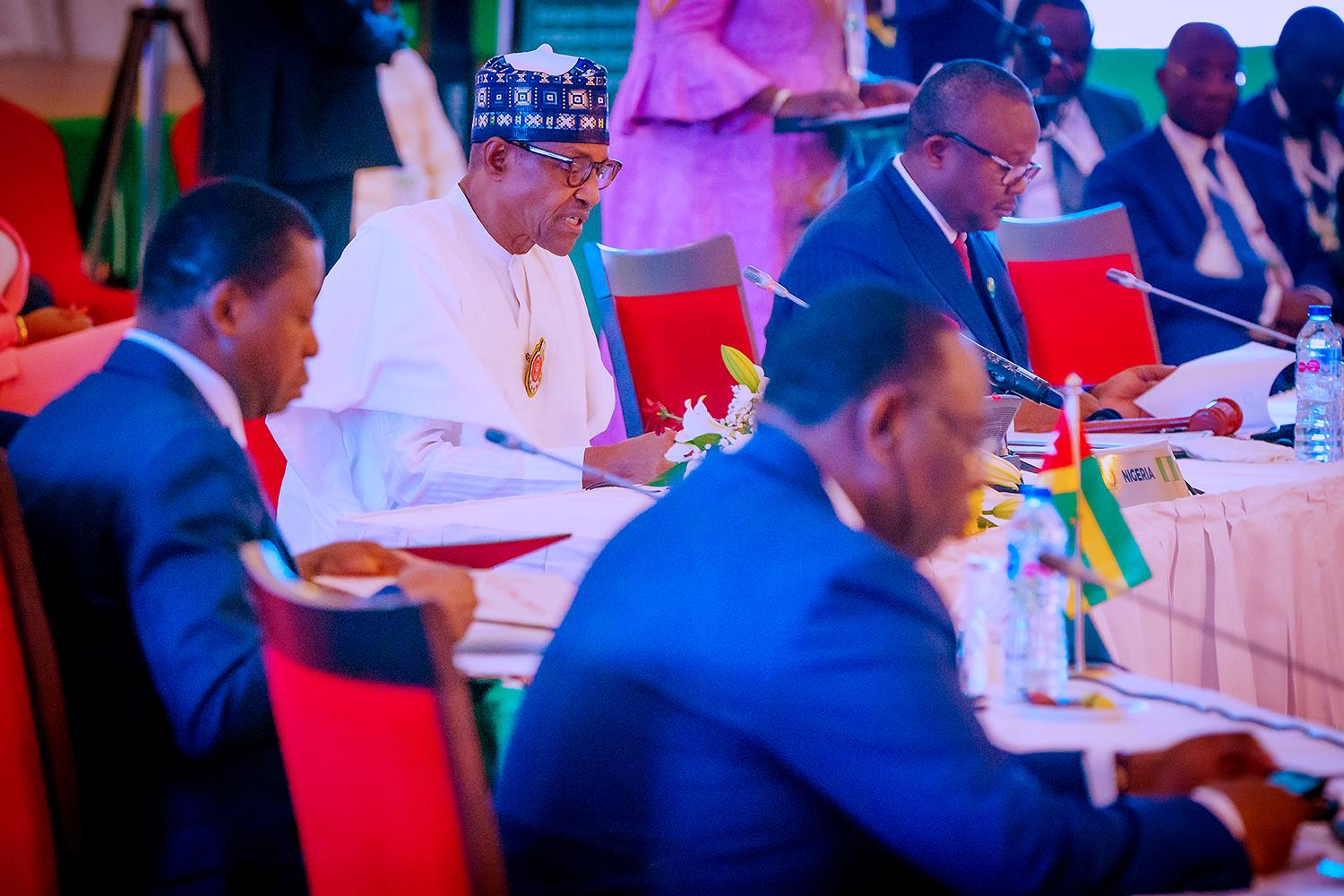 “Let me specifically thank you, brother Heads of State and Government, for the confidence you reposed in me to be the Regional Champion on COVID-19, an opportunity that brought me to working closely with sectoral Ministers, ECOWAS Commission as well as the West Africa Health Organization to develop regional mechanisms that mitigated the effects of the COVID-19.

“Without doubt, the commitment shown by Member-States yielded very positive results as West Africa emerged as one of the regions with the least mortality rate, not only on the continent, but globally,” he declared.

The President, however, lamented that despite the efforts of ECOWAS leaders towards deepening democracy, the region suffered some unpleasant setbacks; “Regrettably, some of our gains, especially in fully democratising our governance space have faced and continue to face severe challenging threats from unconstitutional change of government as witnessed in Mali, Burkina Faso and Guinea,” he lamented. 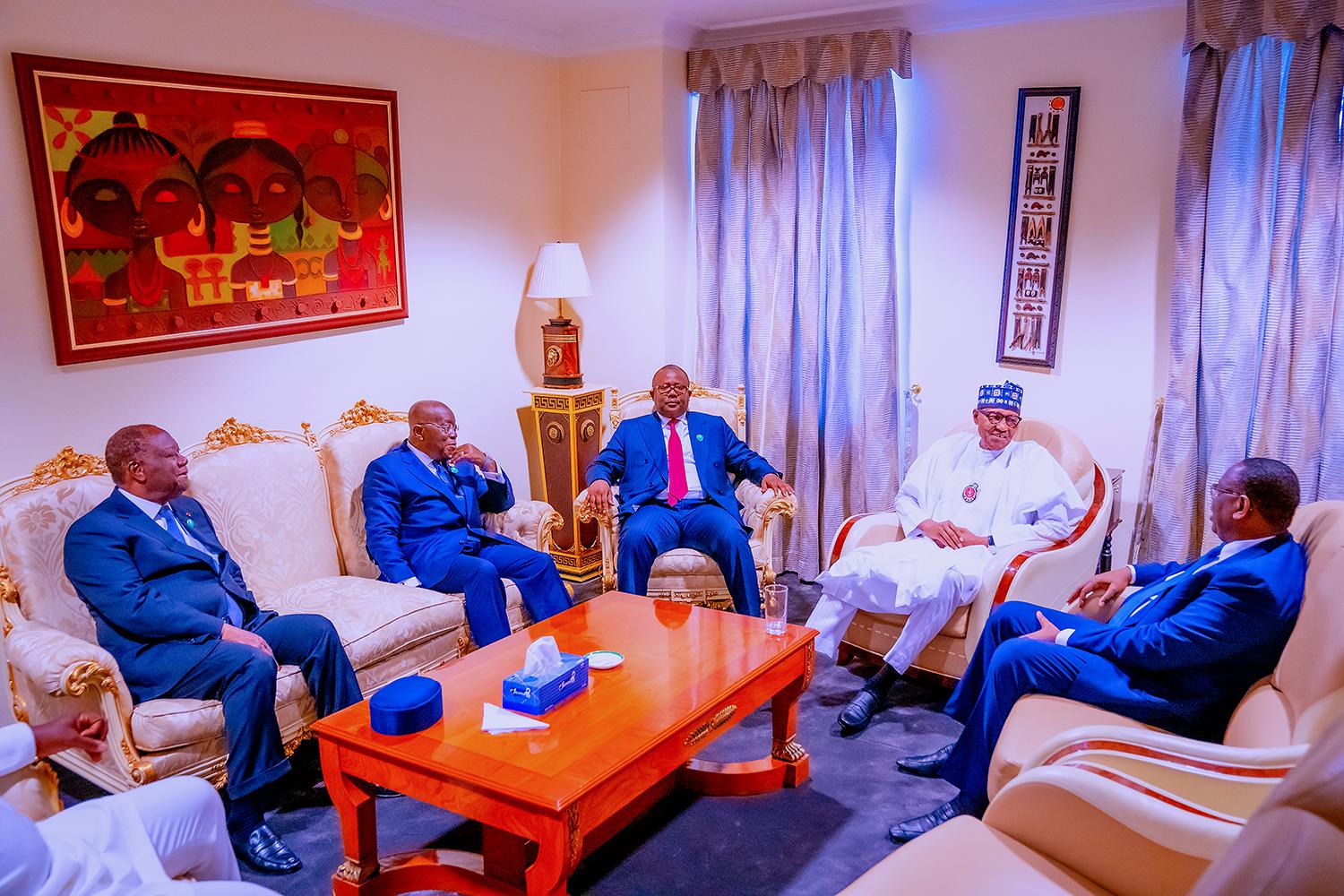 Earlier in the day at the official ground-breaking ceremony of the new ECOWAS Headquarters Building, President Buhari expressed his appreciation to the Government of the People’s Republic of China, “For their financial and technical contribution to ensuring that a monument of this nature, is built on behalf of our region.”

The building, to be named the EYE OF WEST AFRICA, with an expected completion period of 26 months would house the three major ECOWAS Institutions, namely the ECOWAS Commission, the Community Court of Justice and the Parliament.

President Muhammadu Buhari, alongside President Umaro Sissoco Embalo of Republic of Guinea Bissau and Chair of Authority of ECOWAS Heads of State and Government, lays the foundation stone of the new ECOWAS Headquarters Complex in Abuja. pic.twitter.com/YxhQRA91Re

According to the President, “We have waited for this day, since 10th of July, 2019, when ECOWAS and the People’s Republic of China signed an implementation agreement for this diplomatic gift to the West African States.

“The new complex would represent the unity and brotherhood of the Member-States, as well as signify a re-commitment to progress and regional integration. It will be our home and a regional rallying point.” 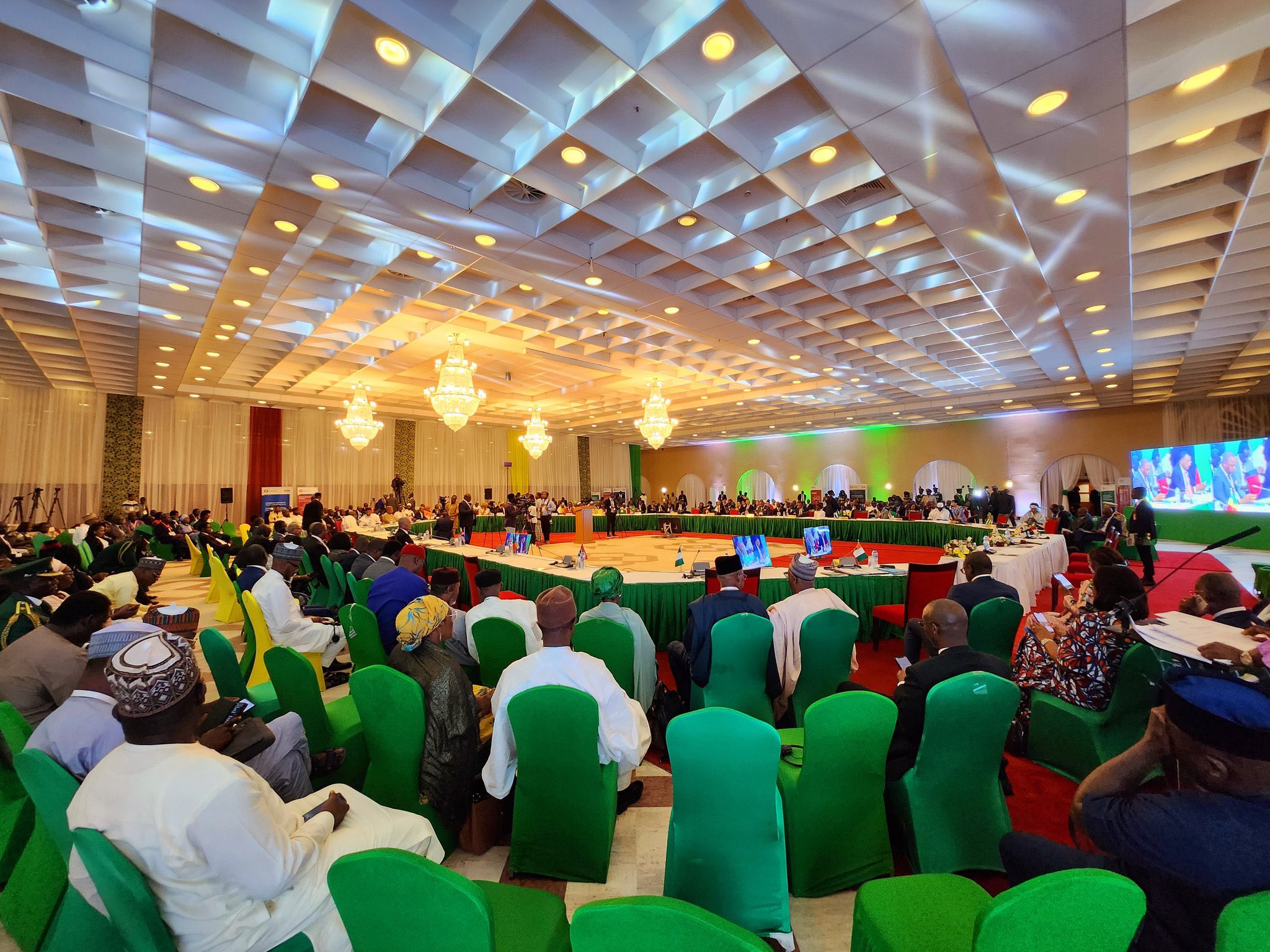 In his remarks at the event, the Chinese Ambassador to Nigeria, Cui Jianchun, said, “To sponsor and construct the new ECOWAS Headquarters is a vivid reflection of China’s support to the work of ECOWAS as well as the traditional friendship between China and the West African countries.

“We will continue to promote the common development of China and Africa, and are ready to make new contributions to the building of the China-Africa community with a shared future in the new era,” he added.