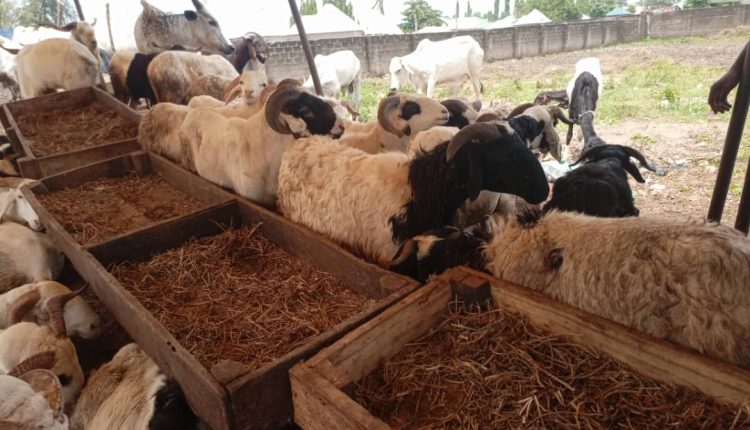 Prices of Rams and other animals suitable for sacrifice during the Islamic Eid-al Adha festival have doubled across Nigeria.

The annual Ed El Kabir festivities amongst Muslims faithfuls usually marks the springing up of makeshift or road side markets of sacrificial animal for onward purchase of Rams for the festivalin Nigeria.

Voice of Nigeria reports that, in Minna, the Capital of Niger State in North Central Nigeria, low patronage have been reported across the state’s major animal market and other makeshift Markets.

Abdullahi Mustapha, who has visited some of the Markets to purchase his sacrificial Ram said he could not afford the same size of Ram which he purchased last year as the price has doubled.

Also, a dealer in Bosso Ram Market in Minna, Aliyu Mohammed, who was lamenting the low patronage of buyers ,said people only came to the market for window shopping, just to have a look of the displayed animals .

“Some people will actually come to purchase Rams ,but could not afford because to the high cost of animals the year,”added Aliyu.

Mohammed who further lamented insecurity ,high cost of animal feeds and transportation as responsible for the high prices of the sacrificial lambs, also mentioned that the security situation in parts of Northern Nigeria ,has created difficulties for smooth transportation of purchased animals from Sokoto ,Kano and Jigawa States in the Northwestern part of the Country down to Niger State.
.
Meanwhile, Mallam Suleiman Farinwata, a community leader ,called for the government to encourage animal husbandry by given out soft loans to interested people in the rural or urban centers to cater for the high demands of the animals during festivities.