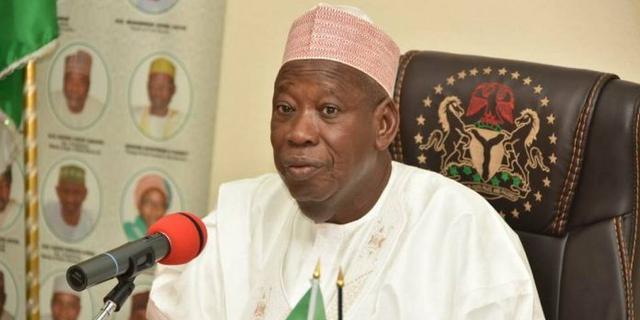 The Governor of Kano State, Abdullahi Ganduje, has prohibited the use of political banners and posters during the Eid Prayers and other festivities.

In a Sallah message signed by the state Commissioner for Information, Mr Muhammad Garba on Sunday in Kano, Gov. Ganduje stated that such measures caused distractions during prayers.

He said while the Eid Prayers is an essential ritual after a month-long Ramadan fasting, other festivities are aimed at showcasing Kano’s rich cultural heritage.

“It is therefore inappropriate or even disrespectful for persons or political parties to reduce such places to grounds for rallies or campaigns.”

He added that whenever they hoisted posters when people of different political learnings converged on Eid grounds and traditional durbar at the Emir’s Palace, it could be a gateway to political violence.

He warned individuals to avoid encouraging political rallies under any guise during the celebrations, violating the Electoral Act.

He also advised politicians in the state to comply with the Independent National Electoral Commission (INEC) timetable of activities for the 2023 general elections.

The Governor charged security agencies in the state to take measures against any deviant act capable of breaching the prevailing peace in the state.

He felicitated the Muslims on the auspicious occasion of Eid-el-Fitr, with a call on them to continue to pray for the state and national peace.