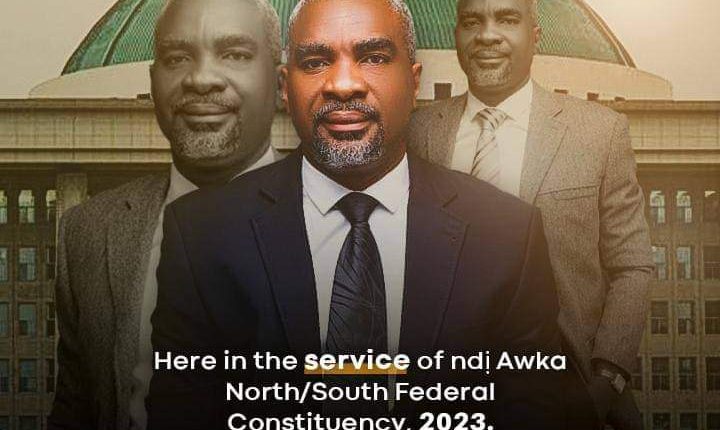 On Dec 4, 2022
0 357
Share
The Young Progressives Party (YPP) candidate for Awka North and South Federal Constituency, Hon. Kingsley Uyammadu, says that his main focus would be to create the enabling environment needed to boost sales and production, if voted into office as a legislator.
He made this statement while speaking during the monthly congress of the Anambra Council of Nigerian Union of Journalists (NUJ) at the Godwin Ezeemo International Press Centre, Awka.
According to him, since 1999 Awka North Local Government Area has produced only one member of the House of Representatives.
Thus, he joined politics to change the narrative and belives that now is a divine timing.
“Obaofemili, a community in Awka North, has the best soil in the South-East.
“Awka North is supposed to be one of the food baskets in Nigeria but the potentials have not been harnessed.
“The first thing I will do as a lawmaker is to get the government to harness the agricultural potentials in Awka North.
“There’s nothing that will promote an economy more than industrialization, but the problem is that we don’t have an enabling environment. We lack Infrastructure (electricity and good road network).
“We have too many politicians but few leaders in Nigeria. Too many politicians without vision.
“We need competent leaders and people who can think out of the box. We have been lacking quality representation at the centre.
“The reason Ndi-Igbo are being marginalized and sidelined is because we lack quality representation.
“I am here as the Messiah who will speak for the masses.
“As journalists, the hope of the nation is in your hands.
“Every other three arms of government has failed us.
“The only hope left for this system is the fourth estate of realm – Press. You have the powers to put elected officials on check.
“The Press is the conscience of every community.
“Say it the way you see it and don’t be afraid to speak the truth because that is the only thing that can put the country on check.
“Let’s join hands and deliver this nation from the hands of the wicked,” he said.
ANAMBRA STATEEnabling EnvironmentHon. Kingsley UyammaduHouse of RepresentativesInsecurityNigerian Union of Journalists (NUJ)TradeYouth Progressives Party (YPP)

Abuja: Stakeholder advocates measures to cope with rise in population