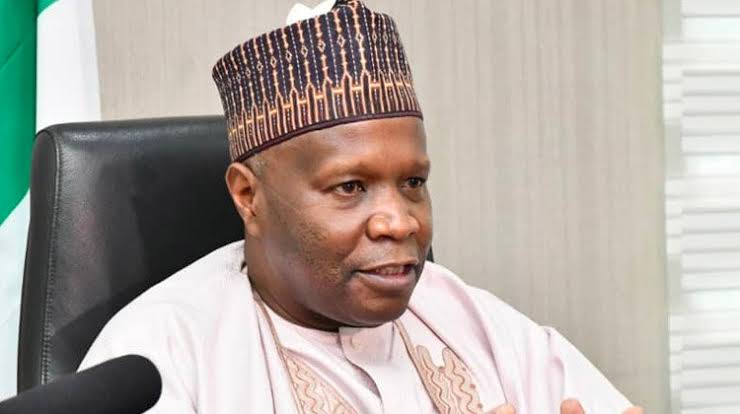 Governor Muhammadu Inuwa Yahaya of Gombe State has enjoined residents of the State to continue to play their role in deepening democracy by actively participating in the electoral process.

Governor Yahaya, who noted that the Electoral process had improved over the years, said this in his goodwill message to mark the June 12 Democracy Day celebration.

He said democracy had come to stay in the Nigeria and called on the people of the state to get involved and remain steadfastly as major stakeholders in the process of governance.

Governor Yahaya also commended the successful conduct of party congresses and primaries, while calling on the people of the state to exhibit same maturity as the 2023 electioneering process would soon commence.

Similarly, Governor Yahaya urged the citizenry to take advantage of the opportunity of the continuous voters’ registration, especially those who were just attaining voting age or those who had not registered previously, to obtain their PVCs in order to be eligible to vote during the 2023 General Election.

The Gombe State Governor noted that the 23 years of uninterrupted democratic governance in Nigeria had brought with it sustainable development into Gombe State, which had helped in improving the lives of the people.

He paid glowing tributes to both the past and present leaders of the State, noting that their efforts ensured that Gombe remains one indivisible entity.

“For us in Gombe State, there is no denying the fact that democracy has ushered in a period of sustainable development for our dear State. Three successive civilian administrations have come and gone, paving the way for our own administration.

Let me use this opportunity to pay tribute to our past and present leaders, who have contributed in deepening our democratic experience and strengthening our political culture”, Governor Yahaya said.

He also called on everyone to rededicate himself to nation-building, remain united and confront the various problems with total commitment and prayers.

The Gombe State Governor equally urged the citizenry to appreciate the state’s diversity through understanding and recognizing the interests of various ethnic and religious groups, as well as promoting brotherhood and respect for one another.

He gave the reassurances thaat his administration was commitmented to continually prioritise the well-being of the people through the provision of socio-economic infrastructure, ensuring peace and security, law and justice as well as providing equal opportunities for all.

“To this end, we shall continue to engage all stakeholders in order to give our people a sense of belonging. We will also remain focused to ensure the full actualization of our vision for the creation of Gombe State, which is to build a prosperous, peaceful and all-inclusive State for all its people.

Our objective is to build a broad developmental consensus for our dear State, one that is built on a foundation of shared ownership and collective responsibility.

In this regard, we are meticulously implementing our novel 10-year Development Plan as a road map for the transformation of the state that aligns with Sustainable Development Goals (SDGs) as set by the United Nations”, assured Governor Yahaya.

June 12 is more than just a date – Senate President