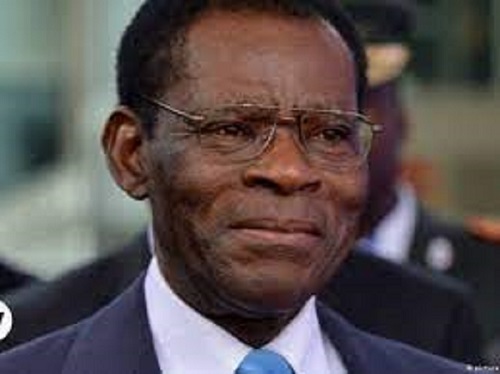 His son and Vice President, Teodoro Nguema Obiang Mangue, made the announcement via Twitter saying it was “Because of his charisma, his leadership, and his political experience.”

Report says there had been speculation that Obiang’s son may be selected as the party’s candidate but Friday’s announcement confirmed the president would be seeking to extend his unrivalled rule.

Meanwhile, Obiang’s Democratic Party of Equatorial Guinea holds 99 of the 100 seats in the outgoing lower house of parliament and all 70 of the senate seats.

Over the years the country has become increasingly dependent on oil and gas, which makes up around 75 percent of revenue, which is mostly in the hands of a small number of people.