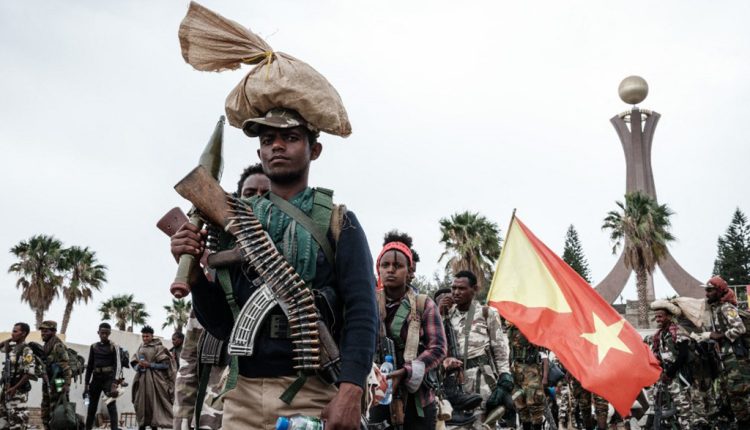 The Ethiopian government announced on Wednesday that it had accepted an invitation from the African Union (AU) to hold peace talks with rebels in the northern region of Tigray, without specifying a date or location.

“The African Union has sent an invitation for peace talks. The government of Ethiopia has accepted this invitation, in line with our principled position regarding the peaceful resolution of the conflict and the need for talks without preconditions,” Redwan Hussein, Prime Minister Abiy Ahmed’s National Security Advisor, said in a tweet.

In a statement, the Ethiopian Government Communication Service (GCS) said the AU had communicated in its invitation the date and venue of the talks but gave no details.

The rebel authorities in Tigray, which is in conflict with the Ethiopian federal government, did not immediately respond.

“We will communicate the details at the appropriate time, in consultation with the parties,” said Ebba Kalondo, spokesman for AU Commission Chairperson Moussa Faki.

If Debretsion Gebremichael, leader of the “Tigray People’s Liberation Front,” attends the proposed talks between Tigray and Ethiopia, it will be the most significant effort ever to end the war between the two countries.

No details of the participants have been released yet, including whether neighbouring Eritrea has been invited.

The tiger rebels have always said they would refuse to allow Asmara to attend any talks.

The AU had set up a troika of mediators, consisting of former Nigerian President Olusegun Obasanjo (the organization’s special envoy to the Horn of Africa) and Kenyan President Uhuru Kenyatta, as well as former South African Vice President Phumzile Mlambo-Ngcuka.

After a five-month truce that raised hopes for peace negotiations, fighting resumed on 24th August in northern Ethiopia between tigrayan rebels and the federal Ethiopian army, backed by forces from the Tigray border regions and Eritrea.

U.S. Special Envoy for the Horn of Africa Mike Hammer returned to the region on 3rd October, after a previous visit in September, to “achieve an immediate cessation of hostilities in northern Ethiopia and support the launch of peace talks under the auspices of the African Union,” according to a State Department statement.