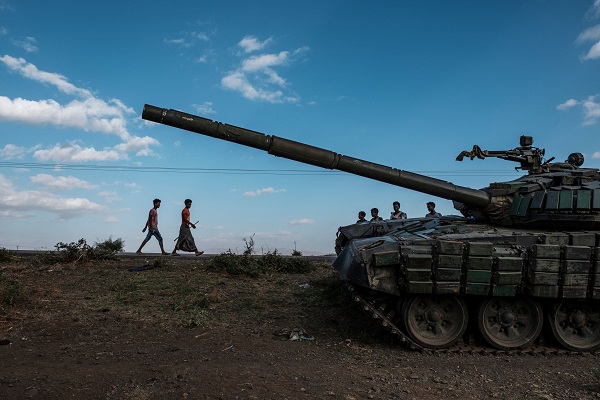 Tigrayan authorities have accused Eritrea of launching a full-scale offensive along the country’s border with northern Ethiopia.

Spokesman for the Tigrayan authorities, Getachew Reda said the Eritreans are fighting alongside Ethiopian federal forces, including commando units, as well as allied militia.

“Eritrea is deploying its entire army as well as reservists. Our forces are heroically defending their positions,” he said on Twitter.

Report says the full-scale offensive appears to be an escalation of last month’s renewal of fighting.

A humanitarian worker in the northern Ethiopian town of Adigrat said that Eritrean forces were shelling the surrounding areas.

It was not immediately possible to obtain a comment from authorities in Ethiopia or Eritrea, which lies north of Tigray.

Meanwhile, Britain and Canada issued travel advisories last week telling their citizens in Eritrea to be vigilant after authorities there called up citizens to report for military duty.

Report says Eritrean forces fought on the side of Ethiopian federal troops in Tigray when the war started in November 2020. In which they were implicated in some of the worst atrocities committed in the conflict.

However, they deny the charges.

The war reignited in August after a break in fighting earlier this year.

The conflict is estimated to have killed tens of thousands of people and left millions without basic services for over a year.