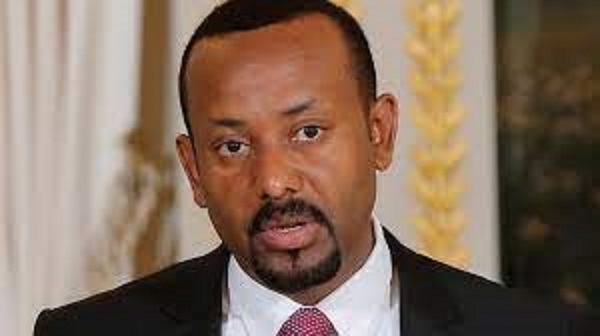 They met on the sidelines of a summit of the Intergovernmental Authority for Development, IGAD days after a new border incident between the two countries, which have several disputes.

“We both agreed that our two countries have many things to work on peacefully,” Abiy Ahmed said in a tweet on his official account, accompanied by photos showing the two leaders smiling.

At the sidelines of the IGAD meeting, Prime Minister @AbiyAhmedAli met with the Gen. Abdel Fattah al-Burhan,
President of the Transitional Sovereignty Council of the Republic of Sudan to discuss current regional and bilateral issues. #PMOEthiopia pic.twitter.com/ac935jLuBQ

“Our common bonds surpass any differences. We are both committed to dialogue and peaceful resolution of outstanding issues,” he added.

According to the Ethiopian Prime Minister’s office, the meeting took place “on the sidelines of the IGAD meeting” which brings together for the first time in 18 months leaders within the region to Kenyan capital.

In Khartoum, the Sovereign Council, the transitional authority chaired by General Burhane, simply reported a “closed meeting” between the two men.

Border Crisis
The Al-Fashaga area has been the subject of a dispute for several decades, but clashes, sometimes deadly, have increased since late 2020, and this new episode of tension had raised the concern of the African Union and IGAD.

This border crisis comes on top of the serious dispute over the Grand Ethiopian Renaissance Dam, GDR that Addis Ababa has built on the Blue Nile and which has aroused the anger of Sudan, but also of Egypt, the downstream riverine of the Nile who fear for their water supply.

Ethiopia is due to begin the third filling of the dam in August, a potential source of new tensions with its neighbour.

Nigerian Singer Nnotum to collaborate with Burna Boy, others