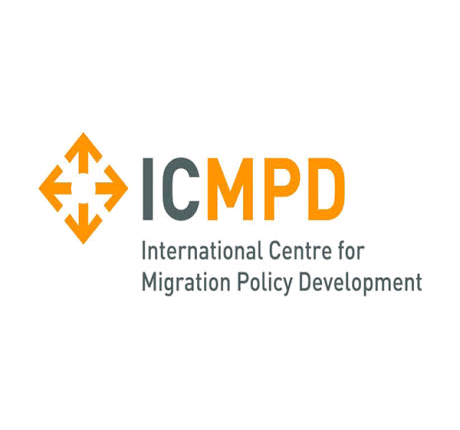 The International Centre for Migration Policy Development, ICMPD and other European investors have officially opened a vocational training centre and a business park in Enugu State, eastern Nigeria.

The vocational training facilities, worth N4.5 billion is known as the Centre of Practical Skills, as well as the Godfrey Okoye University European Business Park.

They are projects implemented in partnership with Godfrey Okoye University, Enugu in collaboration with private investors as well as the Austrian Development Agency, ADA, while operational support is provided by the GIZ, funded by the German government.

It is a unique collaboration that is expected to open up prospects for the local population, business location and companies in the region.

The companies located in the business park will be responsible for the practical training, while the theory will be taught by the Centre of Practical Skills, while the university certifies the education and training, and provides opportunities for further professional improvement.

Speaking with journalists during a tour of the facilities located at Ugwuomu Nike, Enugu main campus of Godfrey Okoye University, ICMPD, Director General Michael Spindelegger, said that as part of this cooperation, the skilled workers are additionaly prepared for the labour market/private investors through an entrepreneurship programme.

“For us, it’s about respectful cooperation on an equal footing from which all parties benefit -the people, the country and the companies,” Spindelegger noted.

He said one of the aims of the initiative was  to create prospects for the local population.

Spindelegger said that the skilled worker training was in line with European standards and was based on the dual principle of theory and practice.

He said the initiative would also specifically attract small and medium-sized enterprises, SME’s to Nigeria with its large and growing market of over 220 million people.

Spindelegger, a former Austrian Foreign Affairs Minister expressed happiness that the three major barriers that prevent SMEs from setting up in African countries have been overcome through the business park.

“First, the infrastructure of the business park is in line with European standards and the park has its own independent supply of energy and water.

“Secondly, security is guaranteed by the business park’s partnership with Godfrey Okoye University (a Catholic University), a famous local institution.

“Thirdly, companies have access to skilled workers that they have helped to train in their own businesses.

“Many European companies see the opportunities that exist in many African markets. Usually, only the really big ones dare to take the step.

“That is why we have created the conditions so that SMEs can also establish themselves in a secure and stable environment,” the ICMPD boss explained.

“In view of these opportunities, many companies are willing to contribute to the training of workers they will soon employ. On this basis, they can then participate in Nigeria’s growing and yet unpenetrated market of over 220 million people”, Spindelegger said.

From 2024 onwards, Spindelegger hinted, the aim would be to expand the training programme, to include building services, IT, food processing, textiles and tourism, to offer the corresponding training positions and to attract new companies.

There are also plans to open a start-up centre in 2025, which will help people to become self-employed and start their own businesses.

Amounting to €4.5 million, all the funds invested in the business park have come from Austrian investors. The operating costs of the Centre of Practical Skills are covered by the German government through the GIZ as the main sponsor and by ADA.

Also speaking, the Executive Secretary of the National Universities Commission in Nigeria, Professor Abubakar Rasheed, expressed delight at such a wonderful development by the ICMPD and said that the training centre and the business park would help stern the tide of migration to other European countries where Nigerians face several forms of humiliation and even face deaths at the Mediterranean.

“You see, our people keep running to other European countries in search of greener pastures. Some face death at the Mediterranean sea, some are repatriated in a humiliating manner, while some face uncontrollable hardship in trying to escape,” Rasheed said.

The International Centre for Migration Policy Development, ICMPD is an international organisation with 19 Member States. Active in more than 90 countries and takes regional approach in its work to create efficient cooperation and partnerships along migration routes.