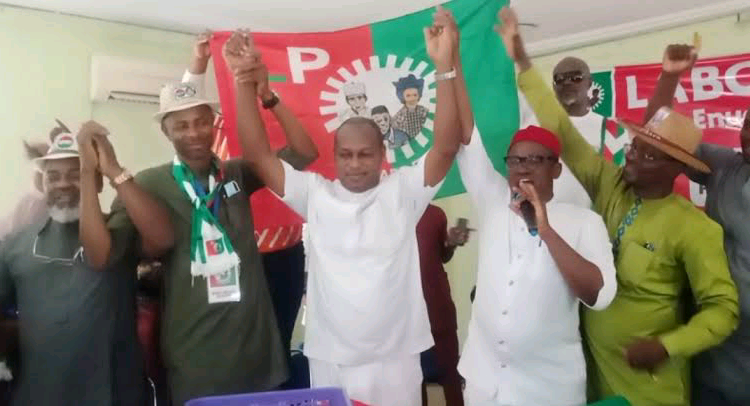 Edeoga was elected on Thursday, at a repeat delegate election in the state.

The election was conducted by a committee sent by the National Secretariat of the party.

Edeoga in an acceptance speech said the election marks the end of long speculations and seemingly tussle over who is the party guber candidate in the state.

He noted that the long struggle has shown his resolve and determination to lead the Labour Party to victory in the 2023 guber primary.

He was once a Commisdioner for Local Government Affairs in Enugu state.