Chelsea reached its third straight FA Cup final after a hard fought 2-0 victory against Crystal Palace at the Wembley Stadium, setting up a showdown with Liverpool.

Patrick Vieira’s Crystal Palace had defended well to contain Chelsea in the first half as the scores remained 0-0 at halftime. In the second half, a patient Chelsea side finally broke Palace’s resistance in the 65th minute through substitute Ruben Loftus-Cheek.

Kai Havertz’s cross from the right was deflected into the path of Loftus-Cheek, who fired in a ferocious shot that hit opposing defender Joachim Andersen and flew into the net for the 26-year-old’s first goal of the season.

Palace’s talisman Wilfried Zaha of Ivory Coast was unable to get past his marker Reece James and make an impact, while Eberechi Eze offered little as a replacement for on-loan midfielder Connor Gallagher, who was unable to play against his parent club Chelsea.

Mason Mount then extended Chelsea’s lead when he played Timo Werner’s ball from the edge of the box past Andersen with his first touch and beat goalkeeper Jack Butland with his second.

The goal sealed the semi-final victory for Chelsea and secured a place in the May 14 finale against Liverpool, who beat Manchester City 3-2 on Saturday

In their fifth FA Cup final appearance in six years, Chelsea will look to make amends after being runners-up to Leicester City and Arsenal in the last two seasons and also try to avenge their League Cup final loss to Liverpool in February. 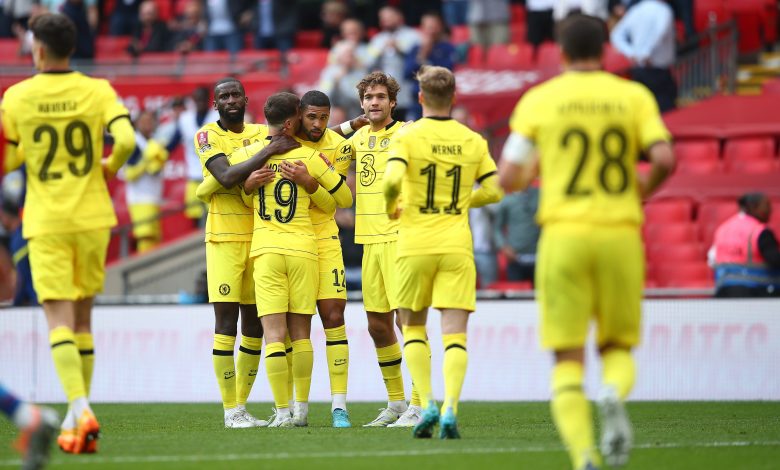 The victory was the comeback eight-time FA Cup winners Chelsea needed after Tuesday’s Champions League quarter-final exit at Real Madrid, where the holders won the second leg 3-2 after extra time but were eliminated 5-4 on aggregate.