The FCT Internal Revenue Service (FCT-IRS) is collaborating with the Nigerian Financial Intelligence Unit (NFIU) to enhance efficiency in both organisations and expand the tax net, and nudge tax compliance in the Federal Capital Territory.

In a statement signed by the Head, Corporate Communications of FCT IRS, Mr Mustapha Sumaila, the Acting Executive Chairman, Mr. Haruna Abdullahi, at a One Day retreat for the staff of the Service and NFIU in Abuja said the partnership could not have come at a better time than now.

Abdullahi said, this synergy is timely and apt because the Service is presently availing itself to all relevant agencies of government and other corporate bodies to broaden the tax base with a view to boost revenue generation.

According to him, “FCT has potential, we must do everything possible to harness these opportunities for the territory in terms of revenue collection. Abuja being the capital city, is a place where most important people live, therefore, we must take that advantage.

“States are in a very tight fiscal position right now, monies are not coming as they used to, so there has to be some level of creativity in states and of course Abuja here, to fund so many projects.

“FCT-IRS alone can generate from 200 to 300 and probably 400 billion naira in the near future, and I hope this type of engagement that we are going to have with NFIU, will increase our tax payers and also carry out assessments with adequate information”, he stated.

The FCT-IRS boss decried low tax GDP ratio in the country pointing out that Nigeria is among the lowest in Africa at 6 percent whereas, the average in the region is 18 percent based on OECD revenue statistics report in 2021.

He described the development as unfortunate.

While emphasising the importance of Information, Abdullahi said the Service has started various reforms and initiatives to hold people accountable to file their tax returns and to pay what is appropriate in terms of what they need to pay as tax.

In his remarks, Associate Director, NFIU,
Mr. Babagana Bashir, who was represented by Mr. Felix Obiamalu expressed delight over the mutually beneficial collaboration.

He reiterated that, the FCT-IRS being a state IRS for the nation’s capital, already placed the Service at an advantageous position which must be leveraged on. 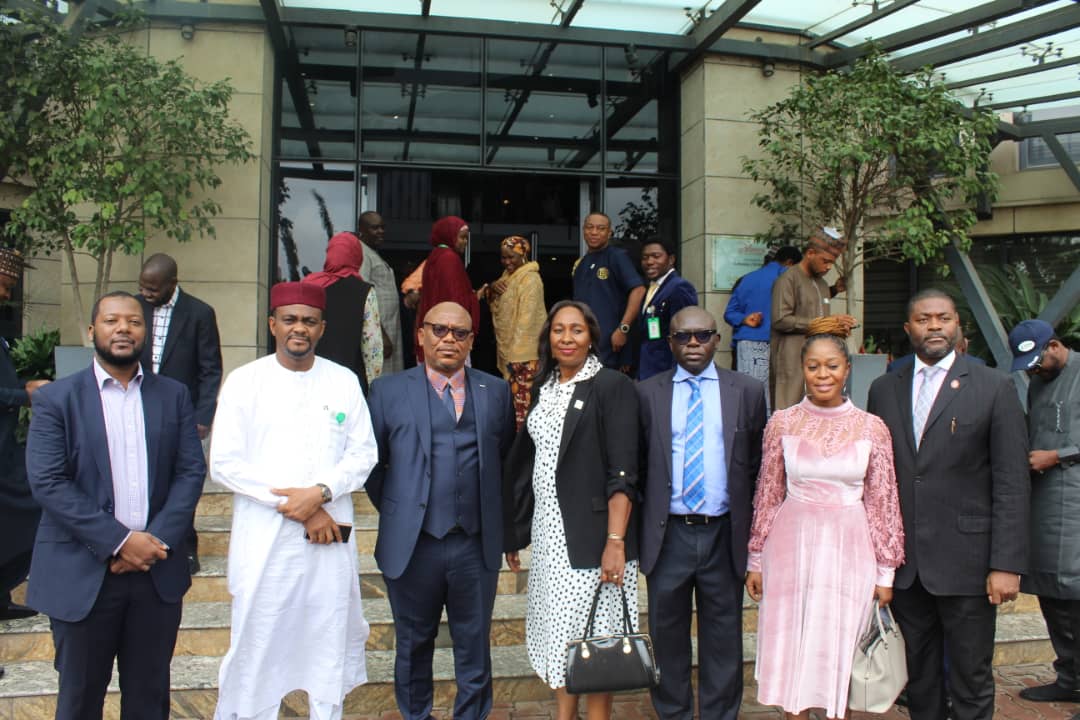 Bashir pledged to support the FCT-IRS in any way possible to enhance its operations with a view to significantly increase revenue collection in the territory.

“Interestingly, this is the first time NFIU is having an engagement with a state revenue collector, so FCT-IRS being a state IRS for FCT that has a dual capacity of a state and then federal, so you have taken the lead for this, you have moved ahead of other states.

“The essence of this retreat principally is to examine the best way to operationalize the content of the MoU with the FCT-IRS. It is just like a marriage between a man and a woman, so when two people come together and agree to move forward there must be coming together of minds first before every other thing follows.

“Now we have come together to execute an MoU what we are doing today is to point out in details and specifics the areas we are going to collaborate and what to expect to come out of the collaboration”, he stated.

Both organisations presented detailed papers which outrightly mapped out their mandates, powers and limitations as well as possible ways of strengthening the partnership with the primary goal of enhancing their operations for the development of the FCT and the country.