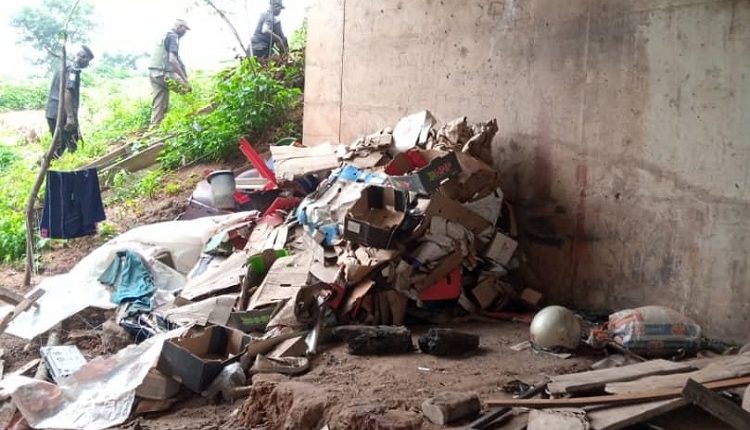 This action is part of the ongoing clean-up exercise of illegal structures within the nation’s capital.

The criminals when they cited the combined team of the FCT Minister’s Taskforce Team, took to their heels but the security agencies were able to arrest five of the suspected criminals with Indian hemp.

Speaking on the development, the Senior Special Assistant to the FCT Minister on Monitoring, Inspection and Enforcement, Mr Ikharo Attah, while speaking to Journalists, decried the illegal use of flyovers, especially the destruction of the flyover by food vendors and those living there, which can pose a danger to residents.

According to Attah, “We went round all the bridges in city center, we were very shocked what we saw at the bridges in the center of Abuja, we saw massive settlements, the massive business community, eroded soil, we saw the bridge heavily smoked due to the activities of food vendors, welding work going on, people are living under the bridge, we arrested 5 guys with Indian hemp there, carpenter business, charcoal business all under the bridge.

The five guys would be taken for investigation. This is part of Abuja cleanup and we will sustain the cleanup of Abuja”. 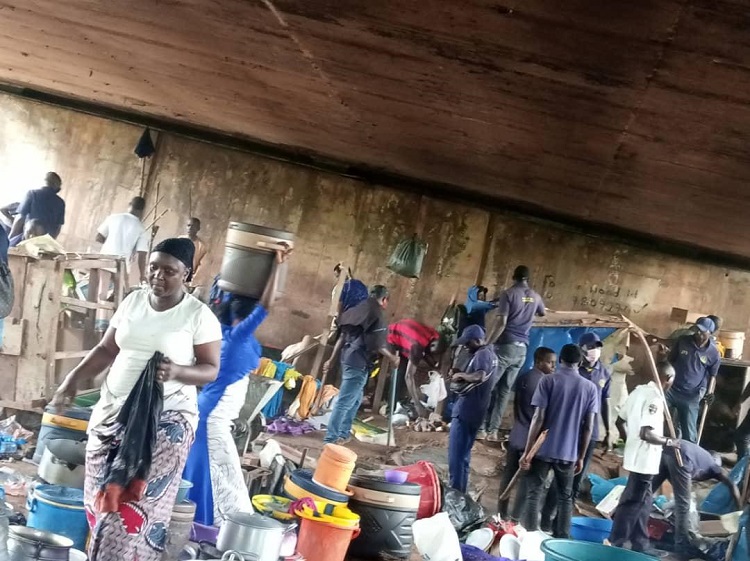 The Head, Monitoring and Enforcement, Abuja Environmental Protection Board (AEPB), Mr Kaka Bello, lamented the huge environmental degradation ongoing under the flyovers in the city center.

He noted that public properties that belong to every residents are being destroyed by few people and this is unacceptable.

According to him, “We are here to stop all illegal activities under the bridges.

“And we have arrested some people and they will be charged to court.

“Apart from degradation, destruction of public properties, and also have issues of insecurity.  A lot of miscreants living under the bridge”.

Tennis: Serena Williams Set For Retirement After US Open