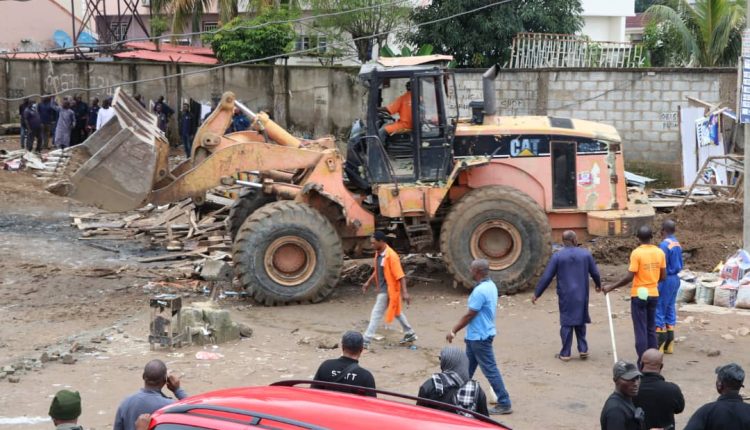 On Aug 20, 2022
0 308
Share
Authority of the Nigerian Federal Capital Territory Administration (FCTA) has vowed to sustain the demolition of illegal structures, markets and shanties built on the encroached rail corridor within the Gwarimpa area of the nation’s capital, Abuja.
This is coming as the Minister of the Federal Capital Territory, Malam Muhammad Musa Bello, and the FCT Commissioner of Police, Sunday Babaji, renewed commitment to clearing all criminal hideouts in the nation’s capital.
Speaking on behalf of the administration, the Senior Special Assistant to the Minister on Monitoring, Inspection and Enforcement, Mr Ikharo Attah, made this known immediately after the cleanup exercise in Gwarimpa. 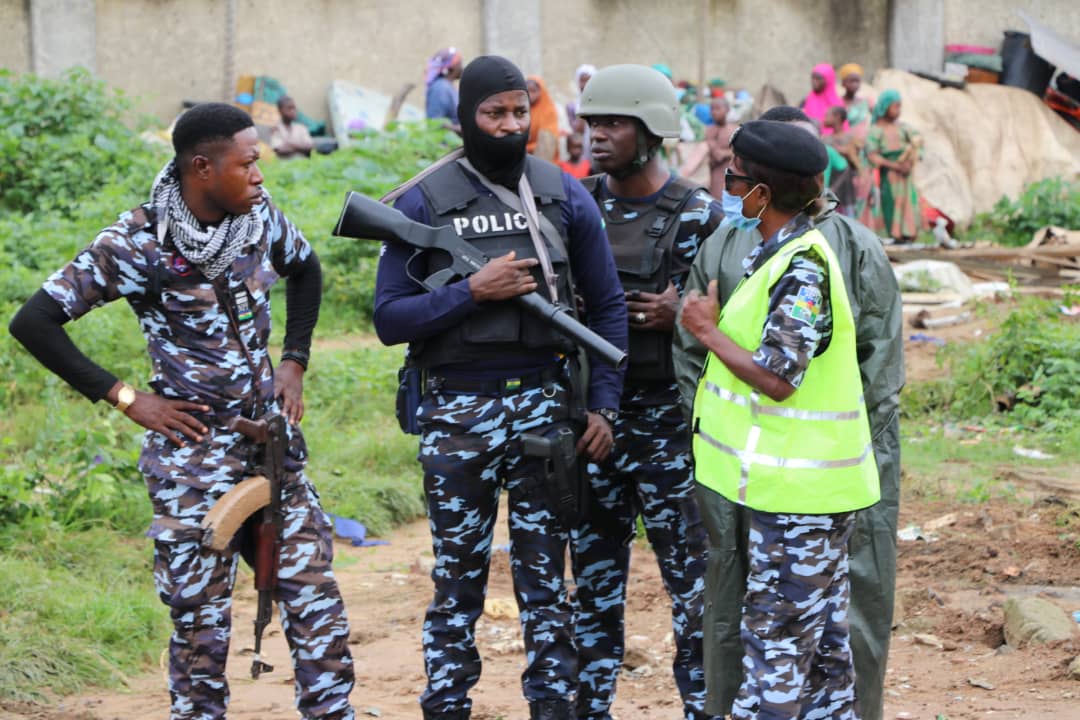 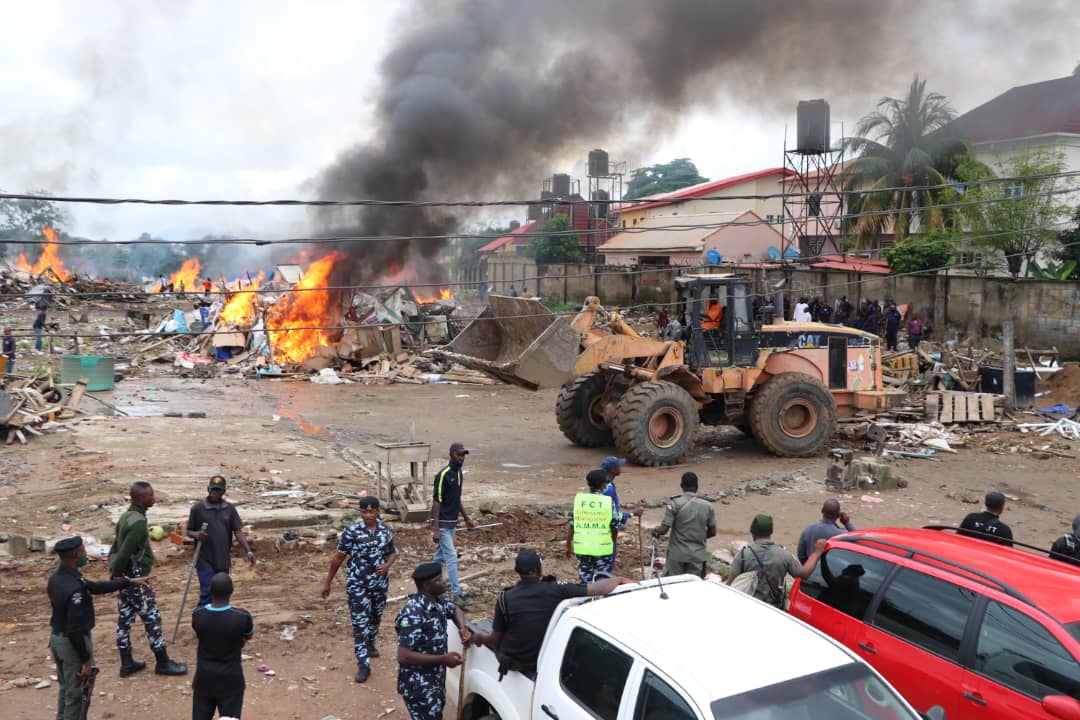 The shanties were not only cleared but also burnt to ashes. This, according to him, was to prevent a comeback of the illegal structures and market.
According to him, “We are here for several reasons, the first one is that there have been series of complaints over this place.
“Secondly, the issue of city sanitation is a problem here and there are general issues of insecurity here.
“This is Hayari kasua market; we cleared it last year and this year we have come again to clear it because the traders returned.
“The Police Commissioner, Sunday Babaji and Police DPO in Gwarimpa have gotten report of criminal activities going on here.
“Residents have complained very bitterly of persons trying to hide here as cover to rob neighborhoods and that has been very alarming.
“Today, some arrests were made of people carrying illicit drugs and were arrested by the NDLEA of the Command and Control JTF team under the CP of FCT and the DC, Bernard Iwe.
“The Police also arrested three suspected criminals and the NDLEA arrested two people peddling drugs. This is a big task, but we are not giving up. We will keep coming until they stop to come. We came under the rain for the enforcement, he explained. 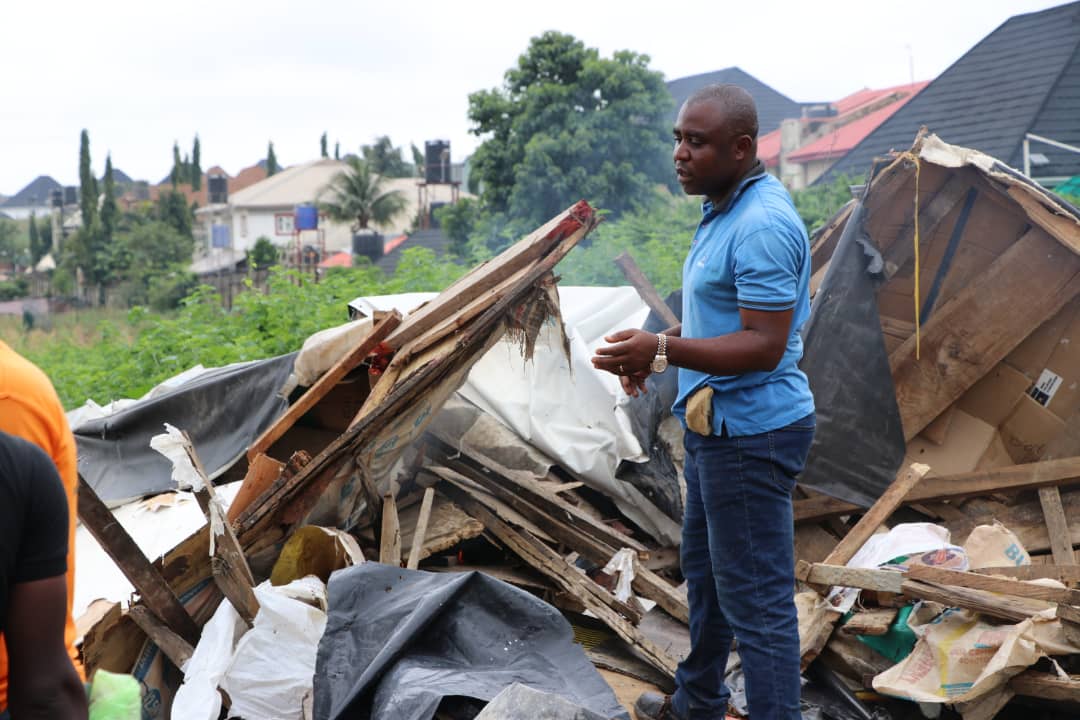 Responding to a question on why the land was not put to its original use, Attah said, “the land belongs to FCT Administration and was designed as a transit part connecting the Kubwa outer northern road. That it has not been awarded does not mean that people should encroach on it and build offensive market, batchers and shanties that serve as criminal hideout.

“The park and recreation are aware of it, and the police had advised that the administration should build a fence around it to keep out intruders.”
Fielding questions from newsmen on the sustainability, he said, “Last year, we cleared this place, and we are here today.
“We will keep coming until the criminals and those breaking the laws learn to stop and cease to come back.
“Gwarimpa will take us one week, Kuje is still work in progress and Mpape is beckoning. Airport road is a constant place of operation and everywhere around the city is calling for clean-up.“
Meanwhile, traders were seen salvaging their wares as motorcyclists were making brisk business.
City SanitationFederal Capital Territory Administration (FCTA)