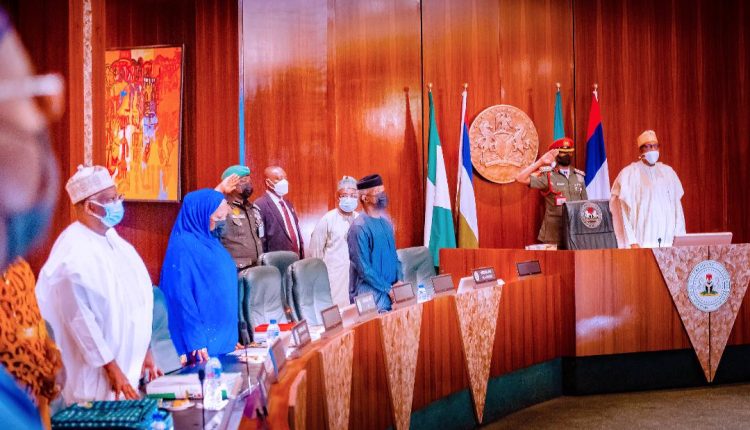 The Federal Executive Council has approved the enactment of the Federal Produce Inspection Service Bill 2022, for onward transmission to the National Assembly for passage.

Minister of Industry, Trade and Investment, Niyi Adebayo disclosed this to State house Correspondents at the end of Wednesday’s meeting of the council chaired by President Muhammadu Buhari.

According to the Minister, the proposed law is to repeal the Produce Enforcement of Standards Act 2004, which is currently in place.

Adebayo said when passed, the new law will enable the ministry to establish five laboratories across the geo-political zones of the country, for microbial analysis of agro products for local consumption and export.

He said: “The justification for the memo is primarily of the need to have an all-encompassing produce inspection regime in Nigeria that is capable of ensuring best practices in the export of produce from Nigeria.

“The proposed bill seeks to correct the shortcomings in the previous law. For instance, the organizational structure to which the law applies, which has increased to 72 from 16, the location covered by emergency orders for pest control use in the event of an outbreak.

“The old law covered only Lagos but now the new bill will cover the whole country. The new law also makes provision for establishment of laboratories in five geo-political zones in the country in addition to the one that presently exists in Lagos for microbial analysis of agro produce, for local consumption and for export. The whole essence of this new bill is to bring the practice of inspection of foodstuff to improve it to current global practices.

“The original law was enacted in 1950. But then it was renewed in 2004. We believe that it is time for it to be brought up to date and that is what we have done and the council approved it. Council directed that the Attorney General and Minister of justice transmit it to the National Assembly.”