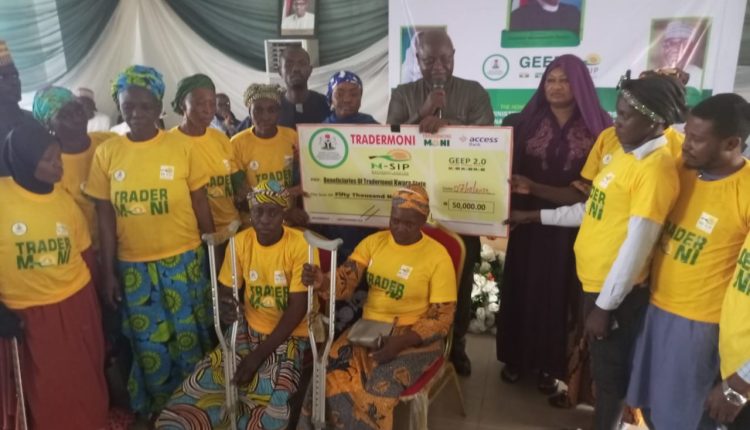 The Nigerian government has commenced the distribution of N20,000 grant to selected 2,655 members of vulnerable groups (GVG) in Kwara state, as part of government’s agenda of lifting 100 million Nigerians out of poverty in 10 years.

Speaking at the flag off of the event in Ilorin, the Minister of Humanitarian Affairs, Hajia Sadiya Umar Farouq, said that 70% of the targeted beneficiaries are women, while the remaining 30% is for youths across the 16 local government areas in the state.

According to her, it is worthy to note that President Muhammadu Buhari has further directed that, at least 15% of the total number of beneficiaries must specifically be allocated to citizens with special needs, including Persons With Disability (PWDs) and Senior Citizens in the state. 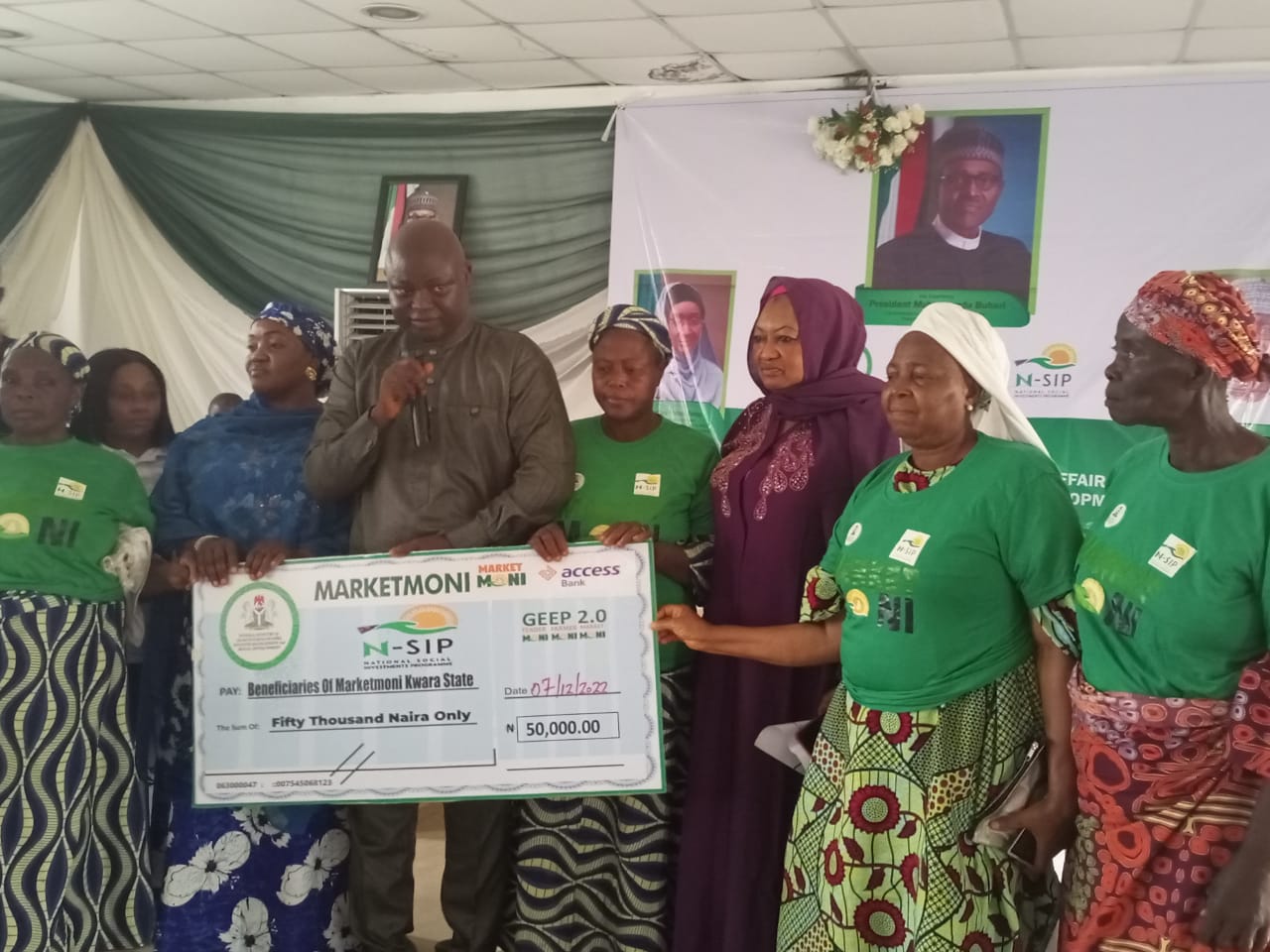 Represented by the Director, Social Development in the ministry, Taiwo Ademola Bashorun, the minister said that the Grant Vulnerable Group (GVG) programme is designed to provide a one-off cash grant of N20,000.00 to the poorest and most vulnerable Nigerians in rural and peri-urban areas across the 36 States of the Federation and the Federal Capital Territory.

The minister also said that the federal government has started disbursement of empowerment grants under the Government Enterprise and Empowerment Programme (GEEP 2.0) to beneficiaries in the state as part of commitment to fight poverty from all angles.

“GEEP is captured in three signature schemes namely the TraderMoni loan of N50,000, targeted towards uplifting under-privileged and marginalized youths between the ages of 18-40 years in Nigeria, MarketMoni an empowerment programme designed for under privileged and marginalized women in our society specifically targeted towards female headed households among whom are widows, divorcees amongst other vulnerable groups, then the
FarmerMoni loan scheme which is equally designed to provide agricultural inputs worth up to a maximum of N300,000 to rural
farmers”.

The minister, who said that GEEP is a programme designed by President Muhammadu Buhari’s administration for vulnerable and low-income Nigerians who are involved in some sort of commercial activity/capacity but have never had the opportunity to access loans, added that the scheme was meant to give priority to the most vulnerable in our society.

The governor, who described the scheme as a big privilege, said that the beneficiaries should count themselves lucky and embark on such ventures that would multiply the grant in their various endeavours to ensure repayment.