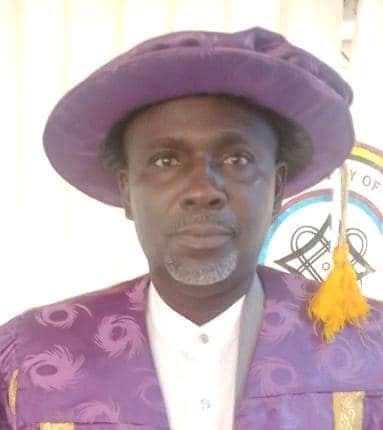 The Governing Council of the Federal University of Technology, Minna in North-Central Nigeria, has announced the appointment of Professor Faruk Adamu Kuta, a Professor of Microbiology as the 8th Substantive Vice-Chancellor of the Institution.

Professor Kuta whose appointment was announced on Thursday, the 22nd of September, 2022 by the Chairman of Council, Prof. Olu Obafemi, NMON, was born on the 26th October, 1972 at Kuta in Shiroro Local Government Area of Niger State.

Professor Kuta  attended Government Science Teachers College Wushishi, Niger State from 1981 to 1986, the Federal College of Education, Kontangora, from 1989 to 1993 before proceeding to the prestigious Usmanu Danfodiyo University, Sokoto in 1994 from where he graduated with a Bachelor of Science (BSc in Microbiology in 1998,and  (MTech.)  in Pharmaceutical Microbiology at F.U.T Minna  in 2004 ,and a PhD in Medical Microbiology at the Abubakar Tafawa Balewa University, Bauchi, Bauchi State  in 2012, and a Professor in  2021.

He has served the University in various capacities, including membership of over 30 committees, Deputy Dean of the School of Natural and Applied Sciences, Deputy Dean of the School of Life Sciences, Deputy-Director, Academic Planning Unit of the University, Head of Department of Microbiology, Director, Academic Planning Unit ,Deputy Vice-Chancellor (Academic); a position he held before his appointment as Vice-Chancellor.

Professor Kuta who succeeds Professor Abdullahi Bala as Vice-Chancellor, is expected to assume duty on  the 3rd of December, 2022.

The appointment is for a single term of five years.