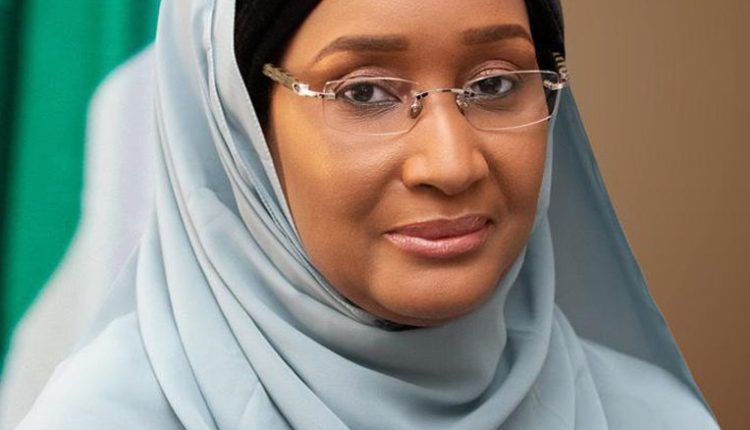 Nigeria’s Minister of Humanitarian Affairs, Disaster Management and Social Development, Sadiya Umar-Farouq says over 3.9 million persons have been affected by flooding in Nigeria, which has been recorded in many of the country’s 36 states.

She stated this while briefing the media after Wednesday’s meeting of the Federal Executive Council presided over by Vice President Yemi Osinbajo.

Umar-Farouq said she gave a report on the flooding to the cabinet meeting, detailing all humanitarian and emergency effort that has been carried out to mitigate the effect of the natural disaster on Nigerians.

According to her, from the time the Nigerian Metrological Agency, NIMET predicted that there would be flooding in Nigeria, the Humanitarian Ministry took proactive steps through series of activities, including the technical analysis that produced a 2022 Early Warning Document.

The ministry, she said, also sent out letters to state governments; conducted a national consultative workshop on the 2022 Flood preparedness, mitigation and response at the national and zonal levels.

“Unfortunately, despite all these efforts, the statistics of persons affected as at 24th of October  shows that 3, 219, 780 persons were affected by the flood across the country.

Emphasizing that the year’s flood has been “very devastating and very unprecedented,” Umar-Farouq said there was need for a coordinated response so as to rescue victims of the flood across many states of the federation.

“This also gives us the opportunity to operationalize the recently approved National Flood Emergency Preparedness and Response Plan.

“We have also sent out our search and rescue team that is being guided by a Search and Rescue and Epidemic Evacuation Plan.

“Their personnel and teams require specialized and technical training; personnel protection gears and access to the right equipment.

“Most of these specialized officers are skilled in first aid, defensive swimming and also how to handle boats in the riverine areas.”

Pointing out that search and rescue efforts in the affected communities were ongoing, the minister said that the resilience of Nigerians came to the fore in areas where people joined government teams to provide first aid response to their neighbours.

“We received report that in 144 local government areas, local communities also work with our teams to provide the first aid response to their families and neighbours.  This shows the resilience of Nigerians in trying times.

“Our search and rescue team, which is also responsible for evacuating people and providing life-saving first aid and medical support and referrals to hospitals has also been able to reach 199 LGs within 25 states of the federation.

“We also provided portable water through fire vehicles in the northern and central states like Jigawa, Kano, Benue and Kogi that first experienced the flood and the equipment are now on their way to the southern states as we are stabilizing in the north and experiencing flooding in the south.

“The disaster rescue units of the military are also providing support with equipment.  In the southern states the military is still carrying out surveillance; and aerial assessment of in doubted communities to guide the ground rescue efforts and evacuation of victims of the flood.”

The Humanitarian Affairs Minister said that her ministry has commenced the distribution of relief materials to affected states, while the federal ministry of health has been requested to interface with the affected state ministries to intervene in medical related to post flood epidemics.

“We have 22 states that we have been able to deliver these relief items.  It is worthy to note that transportation of relief has been affected by some inaccessible areas.

“For instance in the case of Bayelsa and Kogi States, out trucks carrying relief materials were almost submerged on the road hence the delay in the delivery of relief materials.

“But to address this in Bayelsa, the NAF is assisting us by airlifting these materials to the targeted communities.

“We are also distributing none food items in terms of shelter and other items.”

She said that the National Emergency Management Agency,NEMA, and officers of the Nigeria Air Force were organising these materials to be airlifted to Bayelsa and Rivers States.

Explaining that federal ministries, departments and agencies have worked together to intervene in the flood disaster, the minister urged sub-national governments and agencies to collaborate at the state levels to mitigate the effects of the flood on citizens.

“Some of these things are caused by our inability to respond to early warnings issued by different agencies of government since February this year.

“Government is doing everything possible to see that we bring support and succour to our affected citizens.

“We want to know that we hear them, we see them and we are with them at this trying moment,” the Minister added.