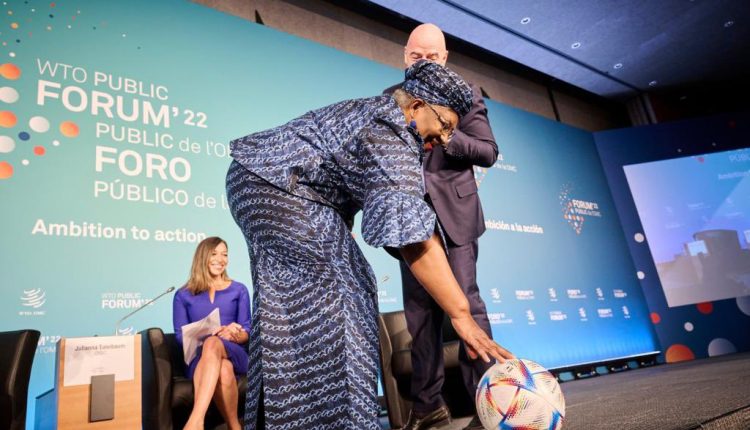 The Director-General of the World Trade Organization (WTO), Ngozi Okonjo-Iweala, has praised football’s ability to bring people together.

She said this during a question-and-answer session on the opening day of the WTO Public Forum alongside FIFA President Gianni Infantino.

The encounter, at the WTO headquarters in Geneva, Switzerland, took place after FIFA and the WTO signed a Memorandum of Understanding (MoU) where they agreed to look at ways of using football to promote economic inclusion, particularly in developing countries.

“At a time where global solidarity is fragile and there is a lot of tension, to find something that brings global solidarity, that can unify us across colour, across race, across every divide, regions – it’s pretty amazing,” the WTO Director-General said.

“Everybody gets excited at football. It’s the ability to build this solidarity that is so fascinating to me.” 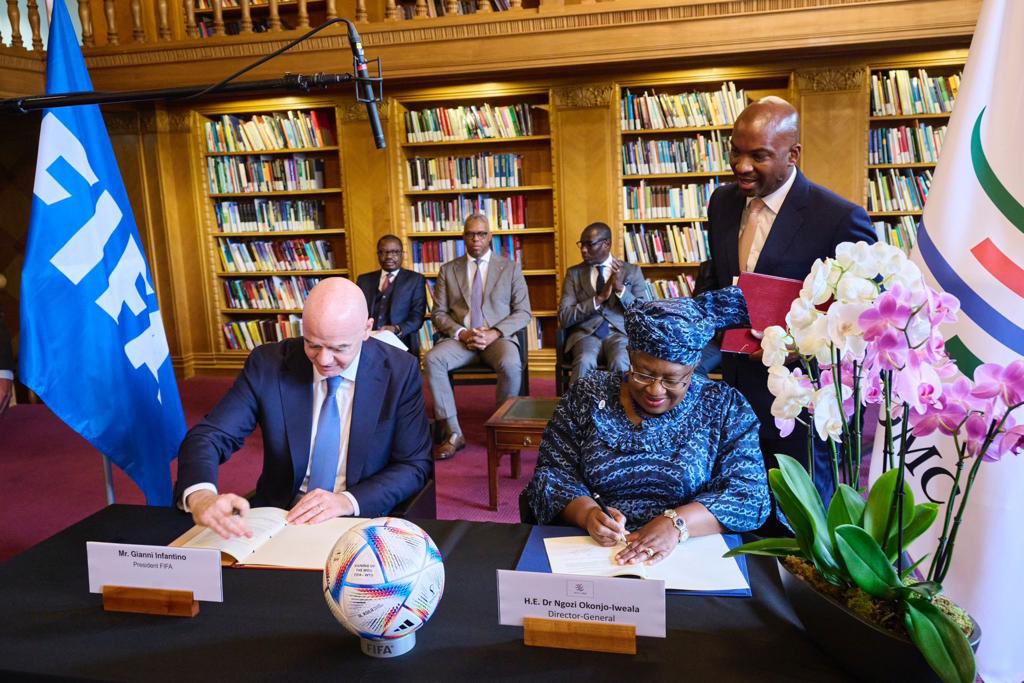 She said that the WTO had to “think outside the box” in the current economic and political climate and, after a previous meeting with the FIFA President, she began to think about ways in which football’s power could be harnessed to bring benefits and opportunities to WTO members.

“It is also about trade. Football is a big mover in terms of all kinds of goods and services, so it was about how we can harness the trade part of it. So, we began to talk about this and the desire of FIFA to help transform the lives of people in developing countries…how do we do things that create more jobs add value to products?” she said.

The FIFA Infantino President stressed that there are significant revenues being generated through professional football activities in Europe which accounts for 70% of that sector globally, meaning that there remain untapped resources elsewhere. 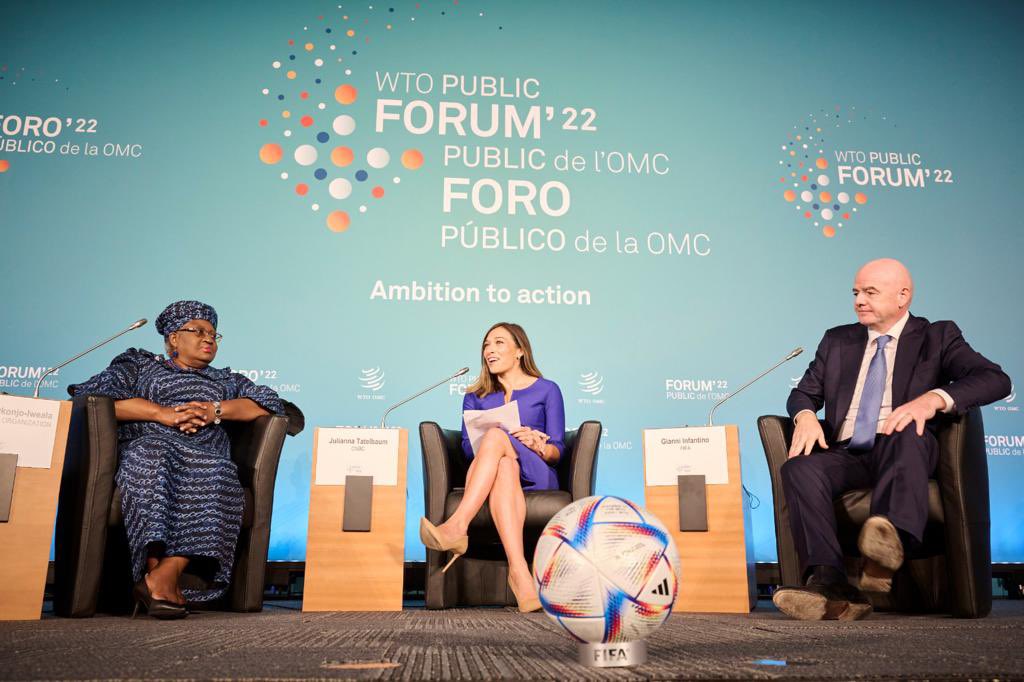 He added that, uniquely among football organisations, FIFA’s revenues were used to help develop football around the world.