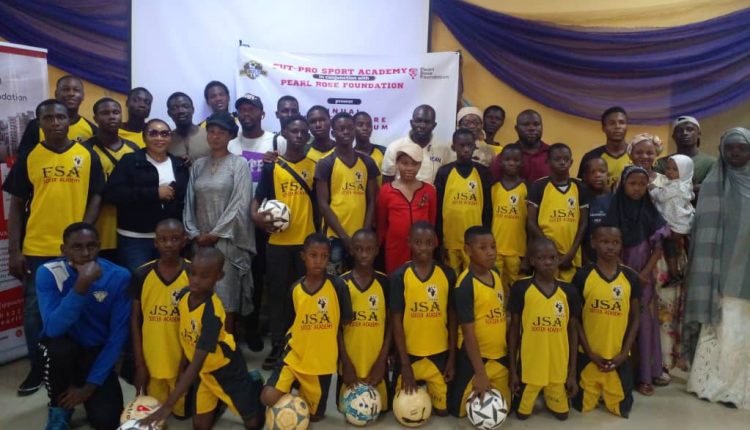 A Lagos-based Non-Governmental organisation, Pearl Rose Foundation has staged a public forum to promote Sports as tool for societal and community reformation.

Discussing in Abesan Youth Centre in Alimosho Area of Lagos State, the Guest Speaker and Secretary of Nigeria Women Football League, NWFL, Mr Abolore AbdulRahmon stated that “It’s the responsibility of every community to maximise the potential of Sports in providing solutions to security and socio-economic problem.” 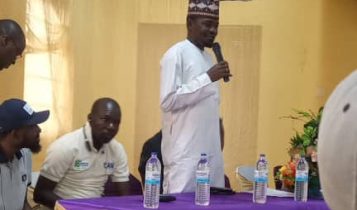 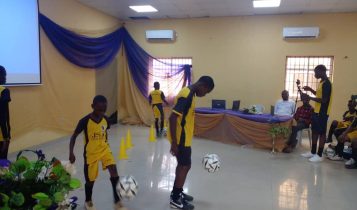 AbdulRahmon noted that “engaging youths in sporting activities would divert their attention from crimes and another form of impeding vices ravaging the Nigerian society.”

He said; “A sportsperson would rather focus on how to maintain a high fitness level and be ready for competition daily instead of engaging in social vices.”

Sports has remained a uniting factor in Nigeria, breaking the boundaries of ethnicity and religious inclination.

Having identified its power, many are channelling its cause to engage youths in Nigeria.

Ex- International and member of Atlanta 1996 Olympic Gold medalists Nigerian team, Abiodun Baruma who joined the symposium virtually, acknowledged the value of Sports, having the power to bring people together from every community.

He said; “We laugh and we cry together. For as an ex-player, it always gave me great pride to play for my country. The game taught me the discipline to work hard and to reach my dreams. Sports encourages young children to live healthy and to do their best.” 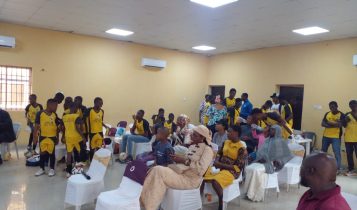 The former Super Eagles goalie believed that sports are fundamental brick stones of any society as they help in learning fair play and being respectful to others.

He noted that sports demonstrate how to lift each other through team spirit and collective responsibility which could be easily adopted in the development of Nigerian society’s development.

Considering challenges of insecurity, poverty, and moral decadence amongst other vices in which youths are most likely found culprits, the Executive Director of Pearl Rose Foundation, Dr. Isa Elegbede said that the symposium was timely as it was the reason the Foundation decided to explore sports as instruments of change in the Society.

According to him, “using sports as a way to encourage parents, members of the community as well as stakeholders is effective in reforming the decadence and social vices among the youths.”

The Lagos State Government under Governor Babajide Sanwolu-Olu is currently investing in sporting projects and recreational centres across the local government and Community Development areas in the state, including Abesan Youth Centre which he recently commissioned.

The project is an initiative highly commended by both the Foundation and Fut-Pro Sports Academy in Abesan community.

The symposium was graced with a massive turnout of youths, parents and guardians as well as sports stakeholders within and outside the community. Amongst the facilitators included, coach Kehinde Williams, Mrs Olaleye-Haroun Sarat, Mrs Asmau Oduye and Badru Gbolahan, the Coordinator, of National Youth Council of Nigeria, ( NYCN) Mosan Okunola Area of Alimosho.