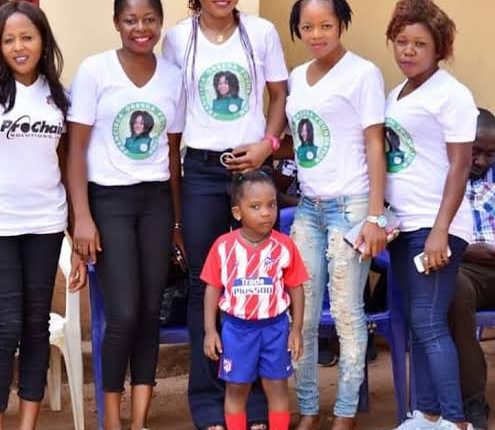 Nigeria’s Super Falcons and CSKA Moscow of Russia player, Francisca Ordega is set to mark the 10th year Anniversary of her foundation with assisting less privileged people by awarding scholarships to students.

Francisca Ordega Foundation is a non profit and non governmental organisation which was established with the sole aim of impacting and touching the lives of the vulnerable people in the society.

The annual programme will hold on the 28th of December, 2022 in Makurdi, Benue State where Ordega will present gifts, such as food, scholarships to students etc to the less fortunate people.

“My foundation is all about touching lives and giving back to the society, I was once there so I know how it feels to have nothing.
The only thing I can do for my people is to give back to them, especially for the less privileged, those that can’t afford school fees, food, disabled people that can’t walk, those are the lives I want to touch” Ordega said.

Ordega said that the project is geared towards the less privileged, people with disability, including 20 people to benefit from the scholarship scheme meant for students that can’t afford tuition fees.

“As part of my commitment in touching lives and improving the well being of my community and Nigerians at large, I will be empowering and giving back to the society on that day, which marks the 10th year anniversary of the foundation in Makurdi Benue state” She said.

The Benue born former beauty queen, who also into modeling said, realizing there’s no limit to what anyone can achieve has been the watch word for her self drive and determination to rise to stardom, coupled with prayers, hard work and dedication.

Ordega, born 19 October 1993, is one of Nigeria’s finest female footballer. She’s been playing a crucial role in Super Falcons achievements right from when she made her debut with the senior women’s national team in 2010.

She currently holds the record of 26 caps and a total of 7 goals to her name playing for the Super Falcons of Nigeria.