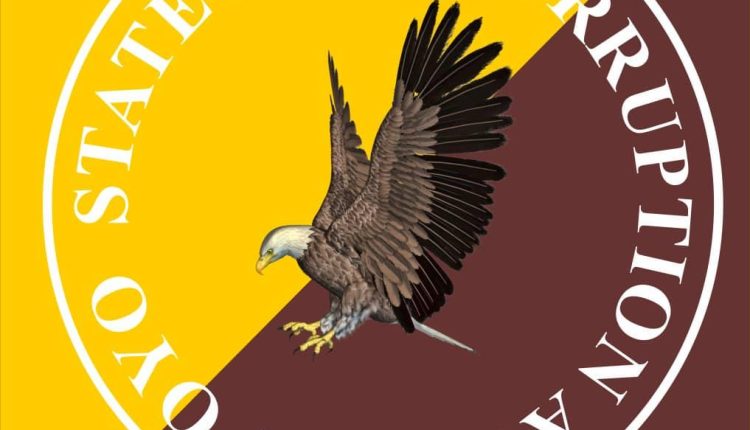 The Oyo State Anti-Corruption Agency (OYACA) has charged some members of staff of the state Ministry of Lands and Urban Development to court over allegations of transfer of government funds into personal accounts.

OYACA made the disclosure in a statement signed by the Chairman, Eni Esan on Friday.

Esan said the agency had investigated the actions of the said officers in accordance with the statutory provisions that empowered it to investigate matters related to corruption and fraudulent acts discovered by the people.

Additionally, the OYACA boss said efforts of the agency had led to the recovery and refund of money fraudulently collected by some staffers of the Lagelu Local Government Area, in Ibadan, from one Mr Samson Olasunkanmi for a certain piece of land.

The statement disclosed that the suspects are currently being prosecuted by the state’s Attorney-General and Commissioner for Justice, Prof. Oyelowo Oyewo.

Esan however enjoined members of the public to reach out to the main office of the agency at Ibadan or its local government contact offices, if they have any petition on issues pertaining to fraudulent crimes against them or those perpetuated by government workers.