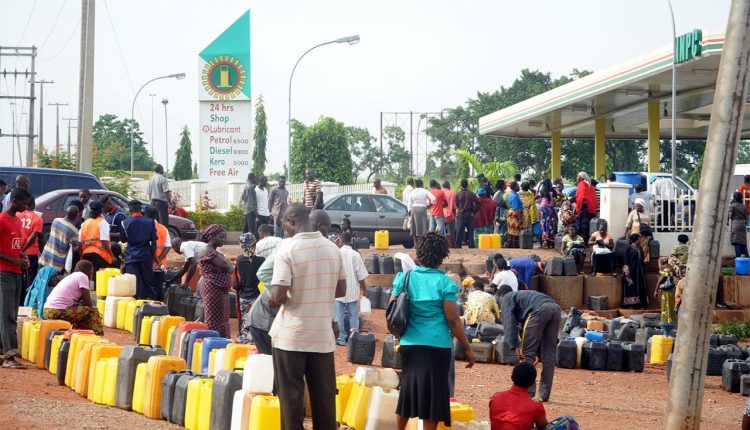 The Independent Petroleum Marketers Association of Nigeria (IPMAN) has faulted the Pipelines and Product Marketing Company (PPMC) for the recent scarcity of Premium Motor Spirit (PMS) in the country.

The Chairman of IPMAN, Lagos Satellite Depot, Mr. Akin Akinrinade, at a media briefing in Lagos, stated that since December 2021, not a litre of PMS had been lifted at the Nigerian National Petroleum Corporation’s (NNPC) Satellite depots at Ejigbo, leaving independent marketers to the hands of private depots who he said have increased their ex- depot price to a level no longer sustainable to sell PMS at N165.

“We have tickets that have been paid for amounting to over a billion naira as far back as October last year and as we speak, these tickets have not been loaded meaning that PPMC is holding on to our money,” he said.

He added “These are funds we are supposed to use to run our businesses. We are businessmen, we take bank loans and now we are paying for money that we are not using.”

He stated that the prevailing scarcity of petrol was due to its members’ inability to replenish their stock based on the current price of loading PMS from private depots.

He recommended that based on current economic realities, the sustainable price to sell PMS should be pegged at N180 per litre.

“As I am talking to you today, no private depot is selling below N162 per litre ex depot. We still need to add cost of transportation which is between N6 to N8 depending on the distance within Lagos and if it is outside Lagos, it is more than that and if you add the transportation cost to N162, it is already N170 and do not forget that this product is regulated by the federal government.

“We have not even added other charges at the depots and the running cost of our stations. Our members can no longer sell at N165 and in fact, there is no reasonable businessman that can sell below N180 per litre,” he lamented.

According to him, most of its members have shut down their stations not because they are on strike, but because the operating environment was no longer sustainable to do business under the current price of PMS.

He pointed out that the immediate challenge to its members was the inability to load from NNPC depots, saying the only option was to depend on private depots along Apapa, Abule Ado and the Lekki Free Trade zones who he said have increased their ex- depot price to a level no longer sustainable for its members to sell at N165 per litre.

He, however, stated that Nigeria was not immune to the effect of the Russian-Ukraine war, saying that Nigeria’s dependence on foreign import of PMS is impacting negatively on the economy.

“The war has jacked up the price everywhere across the globe, so it is not as if our members are trying to sabotage the federal government, it is just that we can no longer sustain the price they are giving us,” he claimed.