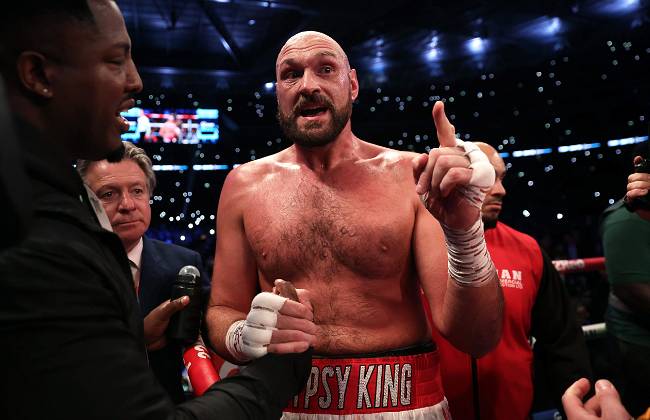 Tyson Fury has again urged Anthony Joshua to sign a contract for a proposed heavyweight world-title fight in December.

WBC champion Fury, 34, had given fellow Briton Joshua, 32, an ultimatum to sign by Monday, but revealed on Twitter he has extended the deadline to Thursday.

Joshua’s promoter Eddie Hearn said there was “no chance” the contract would be signed by Monday.

“The ball is in your court, everything is done,” said Fury.

“If you have any dignity and pride about you, you’ll get this contract signed today.”