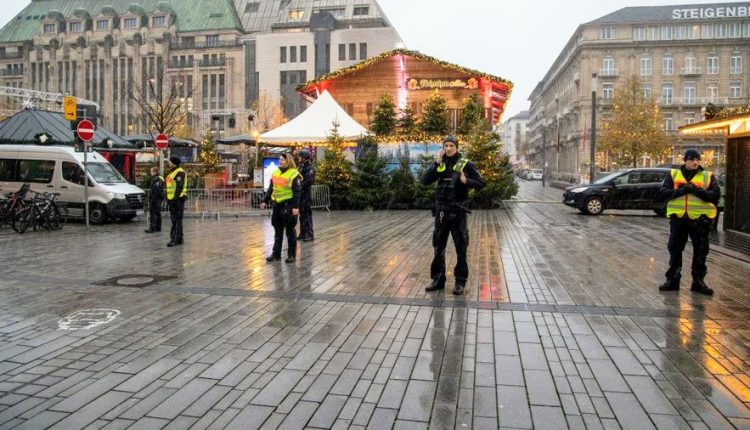 The western German city of Duesseldorf has closed Christmas markets in its historic city centre as a precaution after police received a threat against one of them.

Reports say a caller had threatened to crash a truck into the market at the city hall.

A city spokesperson said the old town, including the city hall, had been closed off but did not give a reason.

Officers were on site but the situation was calm, police said.

Just over a week ago, police in Berlin closed roads and stepped up security around the Alexanderplatz Christmas market due to a phoned-in threat.

Berliner Zeitung reported at the time that an unidentified person had called police saying he planned to plough his car into the crowds of revellers.

Police gave the all-clear after about three hours, saying it was investigating suspected abuse of the emergency hotline.

Twelve people were killed in 2016 when a man drove a stolen truck into a busy Christmas market in Berlin.