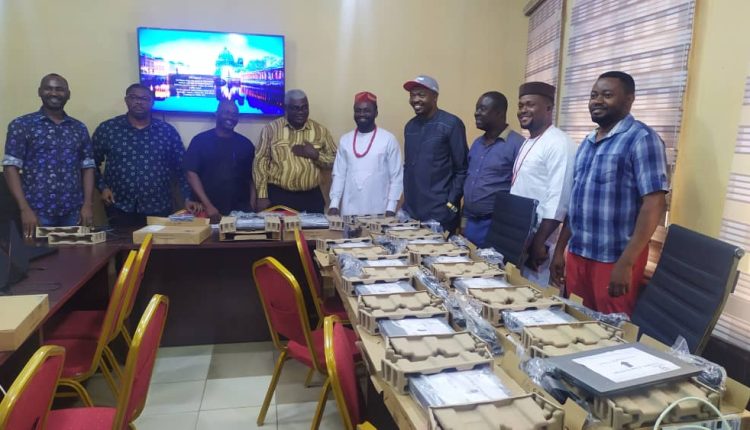 The Anambra State Government through the state Ministry of Health has received 16 laptops computers from Global Fund for HIV patient’s intervention across the state.

Commissioner for Health, Dr. Afam Obidike who received the items, thanked the Global Fund for partnering with the state government in the health sector, especially as it concerns HIV/AIDS awareness campaign and prevention.

Dr. Obidike assured them that the state would make adequate and effective use of the computers which would be deployed to some designated medical facilities in the state.

He noted that Gov. Chukwuma Soludo’s passion in health cannot be overemphasized while commending him for championing the use of technology in the state.

The presentation of the laptops was done at the Ministry’s Conference hall, Jerome Udoji Secretariat, Awka.

The commissioner explained that the computers would significantly assist those working in the HIV/AIDS Department and other relevant partners in the state to discharge their duties seamlessly at all times. 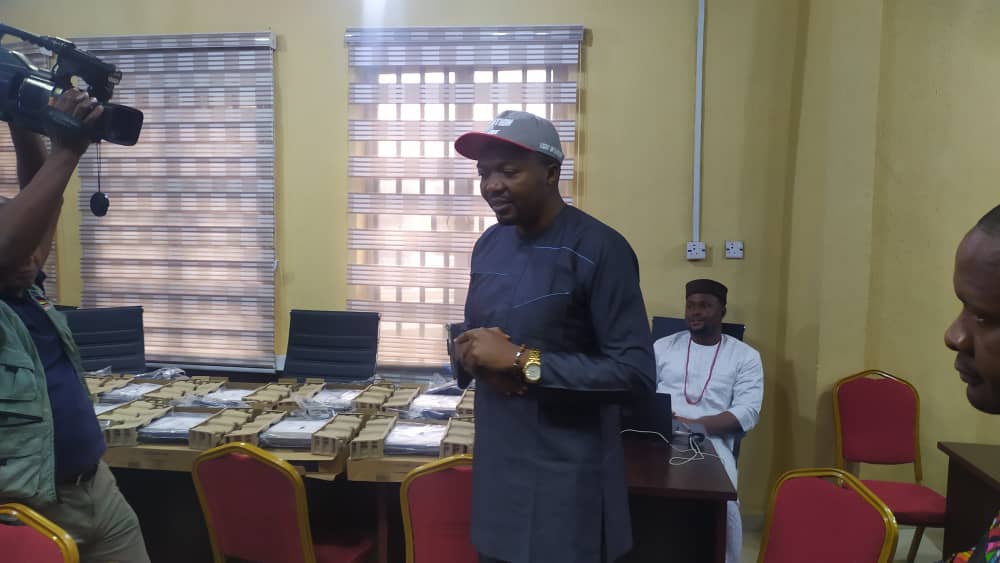 “HIV/AIDS prevalence rate in the state is two-point-four per cent and the laptops can ensure a smooth move from paper bass to electronic record system.

He noted that with support from the Global Fund they were able to donate 16 laptop computers to the state Ministry of Health for the purpose of biometric data capturing of people living with the disease.

Dr. Odima who is also the Project Lead for AHNI said that they support HIV programmes as well as strengthen efforts in health facilities, Community, intensified case finding of people who are HIV positive across the state.

“The objective is to know their HIV status where they will have the opportunity to be enrolled in a treatment program and stay on treatment.

“So that the ultimate goal is that their viral load will be suppressed and overtime we will have epidemic control as well as ensure no new infections of people in the state.

“The target is to reduce infections, one of the ways to do it is that those who are HIV positive are identified and put on treatment.

“If they continue to receive their treatment the viral load in their system reduces to a point that is considered undetectable.

“So, when the viral load is undetectable that person becomes untransmittable, that is the person can no longer transmit HIV to another person.

“Once, it’s achieved to a particular individual then we have reduce the risk of new infections, If we are able to get up to 95 per cent of people who are HIV positive to attain that status, it means we are driving close to controlling the epidemic.’’