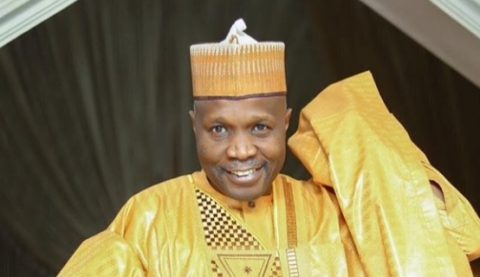 The award follows the impact of the Governor Muhammadu Inuwa Yahaya’s Administration on fiscal transparency and accountability in public resource management.

SFTAS is a programme that encourages and motivates Nigerian States to improve their Public Financial Management systems, processes and institution, aimed at strengthening fiscal transparency to help build trust in government, facilitate accountability in public resource management and ensure sustainability in the participating states.

The award was offered to Gombe State at a Recognition Dinner with Governor’s Award Night to celebrate the achievements of SFTAS since inception in Abuja.

The state also ranked 5th in the overall rankings for SFTAS.

Receiving the awards on behalf of Governor Yahaya, the Commissioner for Finance and Economic Development, Mr. Muhammad Gambo Magaji, attributed the feat attained to the political will and determination of Governor Yahaya to reform and reposition the state’s public finance management structure to compare with international best practices.

Mr. Magaji said the Governor provided support and the freedom for the steering committee to implement policies and procedures that ensured the state met all requirements attached to the Disbursement Linked Indicators under the SFTAS programme without interference.

The Finance Commissioner also noted that Governor Yahaya enthroned a durable system that instills probity, transparency accountability, due process and the rule of law in governance.