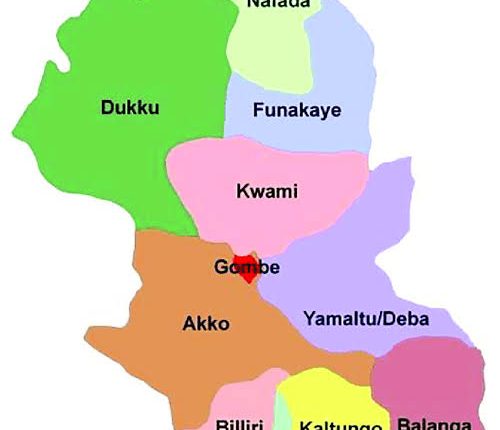 The Gombe State People’s Democratic Party has conducted primary elections in the 6 Federal Constituencies and 24 State Constituencies, getting the party set for the 2023 elections.

Voice of Nigeria’s Correspondent in Gombe reports that the elections were conducted through voting by delegates, selected from each of the 114 wards and 11 local government areas.

Below are the results of the outcome, beginning from State Constituencies.

Announcing the results of votes cast in Billiri,  the Returning Officer of the People’s Democratic Party for Balanga/Billiri Federal Constituency, Mr. Musa Shehu Abubakar,  said the process was conducted under a peaceful atmosphere.

Mr. Abubakar said 62 delegates from the 20 wards in the Constituency, were accredited,  but one did not show up, hence 61 delegates voted and Mr. Ali Isa JC won with 43 votes, defeating 9 others.

Speaking with journalists after his emergence as the candidate of the PDP in the Balanga/Billiri Federal Constituency, my Ali JC thanked God and the people for choosing him to represent them during the 2023 election for the House of Representatives.

He promised to ensure that the people got the best representation in the national assembly, by providing them with the dividends of democracy.

The PDP Candidate for Balanga/Billiri Federal Constituency thanked his fellow contestants for sharing in his joy, saying the party wull come out stronger, because they will unite to ensure victory for the party, because they contest is a family affair.